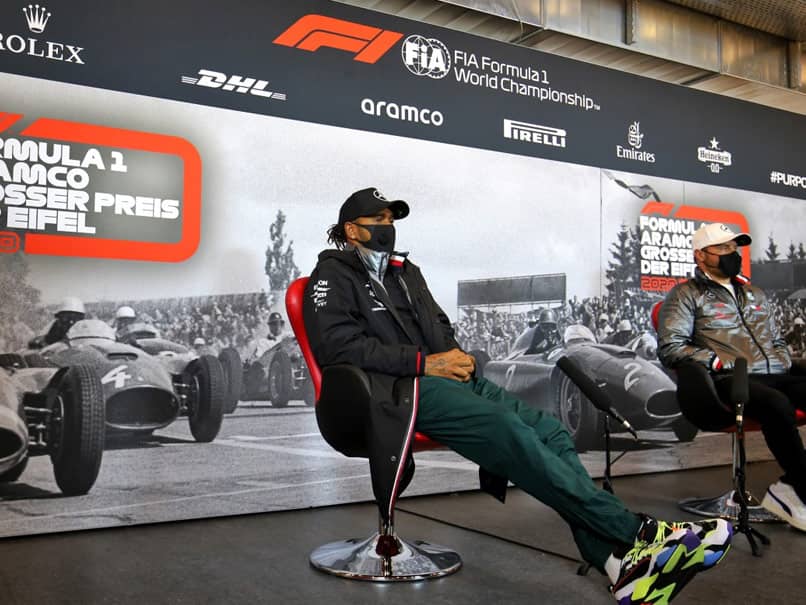 Lewis Hamilton and Valtteri Bottas will have to "live like hermits" to avoid Covid-19, Mercedes boss Toto Wolff said on Friday after the team recorded a second positive case in 24 hours. Talking to reporters at the Eifel Grand Prix Wolff said both drivers were confined to their rooms after rain and fog forced the cancellation of opening practice. "They are the most restricted of the whole group, of the whole team," said Wolff, who confirmed that Mercedes had flown six replacement staff to Germany on Thursday after the team was re-tested, resulting in six team members going into isolation.

"It's certainly not a great situation for them because you almost need to live like a hermit - and that is what they are doing.

"They are at home, they are not going out for dinners and they are not meeting other people. When we do de-briefs, by Zoom or Microsoft Teams, they are not sitting their engineers in the room.

"They are in their own rooms and we are all avoiding as much as possible any personal contact. It's just literally stepping into the car and then driving the car and keeping distance."

Wolff said he believed Mercedes had the outbreak under control.

"Every loss of an important member in the garage affects the race, but I think we've got it under control," he said.

The team had announced on Thursday that one person from their travelling race team had record a positive test ahead of this weekend's race at Nurburgring.

As a result, the team re-tested everyone at the circuit, an exercise that resulted in another positive test and one that was inconclusive.

Both of those team members were immediately put into isolation along with four others.

The team flew six reserve staff to Germany on Thursday, a decision that maintained the numbers at the track, but has thrown the champions' race preparations into difficulty.

Six-time world champion Hamilton who is making a second attempt to equal Michael Schumacher's record of 91 Grand Prix victories, described the events as "a concern".

Speaking on Thursday, he said: "It's sad to hear, for the guys that work so hard. We obviously had this week in between [races] and those guys work so hard to stay safe and be here on the weekends."

Mercedes said they are following strictly all of the protocols laid down by the sport's ruling body the International Motoring Federation (FIA), adding that they are not releasing any further information.

Mercedes Formula 1
Get the latest updates on IPL 2020, check out the IPL Schedule for 2020 and Indian Premier League (IPL) Cricket live score . Like us on Facebook or follow us on Twitter for more sports updates. You can also download the NDTV Cricket app for Android or iOS.