The six-time world champion, bidding to equal Michael Schumacher's record of 91 race wins at this weekend's Eifel Grand Prix, warned it proved the threat from COVID-19 had not diminished. 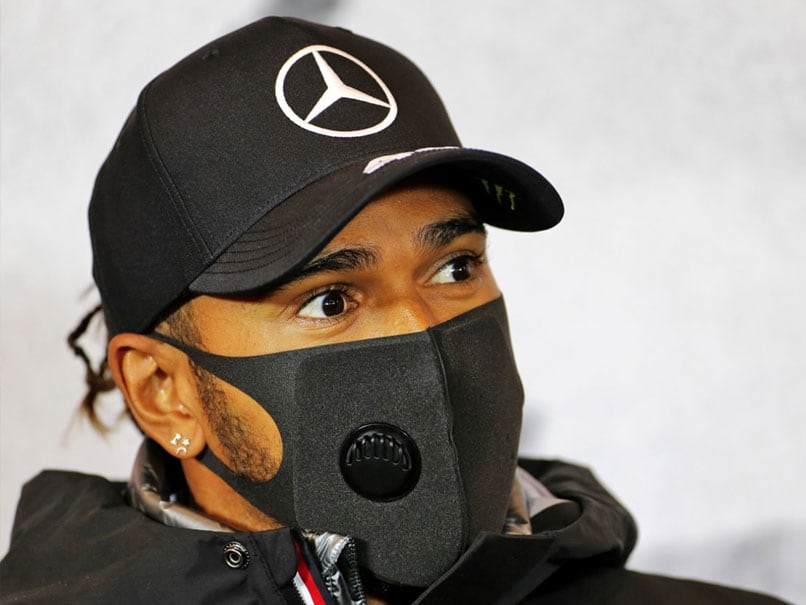 Formula One championship leader Lewis Hamilton said on Thursday it is "definitely a concern" that Mercedes have confirmed a member of the team has tested positive for coronavirus. The six-time world champion, bidding to equal Michael Schumacher's record of 91 race wins at this weekend's Eifel Grand Prix, warned it proved the threat from Covid-19 had not diminished. "Naturally it's sad to hear for the guys that work so hard. We've obviously had this week in between and the guys work so hard to stay safe and be here on the weekend," said Hamilton.

"So, it's definitely a concern. It's obviously important for everyone around the world to be continuously reminded that this thing has not disappeared. It's still here. We still need to follow protocols, to wear a mask, to keep our hands clean and to keep our distances."

The Mercedes positive case is the first involving a Formula One team member since Racing Point driver Sergio Perez was tested positive after travelling home to Mexico before the British Grand Prix in July. He missed two races.

Both Mercedes drivers said they were confident the team would cope and rally together in response to the news.

"I can't say what's it's going to do to the weekend. We have a lot of great people within our team and it's not just about one person," Britain's Hamilton said.

"So we'll try and make him proud this weekend. It's just going to take a different type of work -- a lot of work to make sure we continue on without any disturbances," he added.

Team-mate Valtteri Bottas, winner of the Russian race two weeks ago, said: "As a driver, the last thing you want is to get it -- it would definitely mean missing at least one race, maybe even more, and we've had one example of that already."

"Of course, it's about being as cautious as you can, following the protocols, trying to be sensible, and staying in the bubble."

He added he had complete trust in Mercedes "handling everything, following all the protocols and doing everything we can to make sure it stops there with that one case. So, I have all the trust in them."

Hamilton leads Bottas by 44 points in the drivers' championship after winning six out of 10 races this season.

Sergio Perez Formula 1
Get the latest updates on T20 World Cup, check out the T20 World Cup Schedule and Live Score . Like us on Facebook or follow us on Twitter for more sports updates. You can also download the NDTV Cricket app for Android or iOS.