Five-time champion Lewis Hamilton is a single point behind his Mercedes team-mate Valtteri Bottas in the embryonic standings. 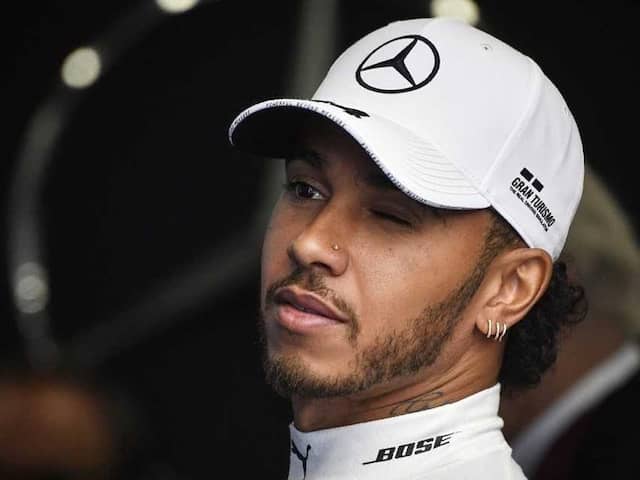 Lewis Hamilton will seek to complete a hat-trick of Catalan triumphs.© AFP

Lewis Hamilton will seek to complete a hat-trick of Catalan triumphs and regain the lead in this year's drivers' world championship as Formula One returns home to this year's first European race at this weekend's Spanish Grand Prix. The defending five-time champion is a single point behind his Mercedes team-mate Valtteri Bottas in the embryonic standings, following their unprecedented four successive season-opening one-twos. But, like his Mercedes team chief Toto Wolff, he is wary of any suggestion that rivals Ferrari are a fading force and knows that the Italian team, armed with an upgraded power unit being introduced two races sooner than planned, will mount a fierce challenge on the track where they shone in pre-season testing.

"The results may seem to paint a clear picture, but the truth is that they're too flattering," said Wolff, who rejected the notion put forward by Ferrari's four-time champion Sebastian Vettel that his team were now the underdogs.

"The performance has fluctuated in the first four races. Our opponents were blisteringly quick in the winter testing here so this Spanish Grand Prix will be anything but easy."

The pre-season testing at the Circuit de Catalunya, where Sunday's race is to be run, seems a long time ago now as Vettel and his new team-mate Charles Leclerc struggle to rediscover those dominant displays when it matters.

Predictably, most of the teams will arrive in Spain with an array of updates for their cars that may make it more difficult to predict performance, but Ferrari appear to have chosen to adopt a downbeat approach in advance.

"Obviously, Mercedes are very strong at the moment so I am pretty sure they will be very strong as well in Barcelona," said Mattia Binotto, the newly-installed team boss facing the challenge of ending Mercedes five years' domination.

"The last four races, on average, we were not quite there," added Vettel. "So we are not the favourites."

Binotto added that Ferrari were pushing hard to catch Mercedes. "We will have a new power unit that we are introducing ahead of schedule," he said. "This second specification was due to be taken to Canada and it's only down to a big team effort that we have been able to do this."

Hamilton, almost perversely, has said he wants to see Ferrari lift their performance to ensure a thrilling season of competition for himself and Bottas, as their intra-team rivalry promises to turn into a scrap for the drivers' title.

After a winless year in 2018, Bottas has come back determined to prove his pace and power this year - he and Hamilton have two wins each, the Finn adding an extra point to his total by clocking the fastest lap in Australia.

"Lewis has been world champion many times so being his team-mate is great for me," said Bottas, revelling this year in the competition. "It's a good reference and a benchmark and it also gives us an opportunity to have a very strong team.

"On the other hand, it's not easy. It's so difficult to get ahead of him, but I know it's possible. I see it as a great opportunity and I would not choose another team-mate even it made my life easier."

While the focus will surely fall on Ferrari, as they bid to end their forlorn start to the season, other teams like Red Bull could also emerge as a threat to them.

Max Verstappen, who claimed his maiden victory on his Red Bull debut in Spain in 2016, is expected to challenge for a place on the podium where, in the first race since the 25th anniversary of the deaths of Ayrton Senna and Roland Ratzenberger at the 1994 San Marino Grand Prix, a joint Austrian and Brazilian flag is expected to be on display in their memory.

Sebastian Vettel Catalunya Spanish Grand Prix Formula 1
Get the latest Cricket news, check out the India cricket schedule, Cricket live score . Like us on Facebook or follow us on Twitter for more sports updates. You can also download the NDTV Cricket app for Android or iOS.