Lewis Hamilton appeared to be at loggerheads with Formula One's ruling body again on Thursday, when he criticised the selection of Vitaly Petrov as a race steward for this weekend's Portuguese Grand Prix. 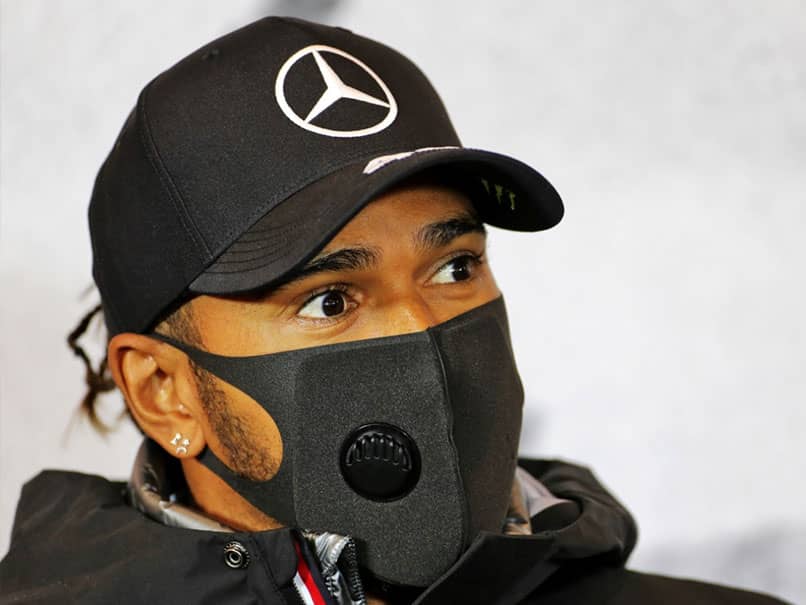 Lewis Hamilton has been seeking to remain uncontroversial and keep a low profile in recent weeks.© AFP

Lewis Hamilton appeared to be at loggerheads with Formula One's ruling body again on Thursday, when he criticised the selection of Vitaly Petrov as a race steward for this weekend's Portuguese Grand Prix. The six-time champion, who is bidding to secure a record 92nd career win, said he was surprised that the FIA (International Motoring Federation) had chosen someone who held views that were counter to the body's 'We Race as One' campaign for diversity and inclusivity. "We should definitely be including people here who are with the times, who are understanding of the time we are living in and sensitive to the matters that are surrounding us," said Hamilton.

"So I don't really understand what their goal is or why particularly he's here because it's not that they don't have any other good options."

Russian Petrov, who raced in Formula One in 2011 and 2012, made a number of provocative comments during an interview with Russian publication Championat in September including criticism of Hamilton for encouraging drivers to take a knee in support of the sport's anti-racism campaign.

Petrov also speculated that the drivers would all "urge everyone to become gay" and race under a rainbow flag if one driver came out.

Quotes from Petrov's interview were put to Hamilton during a pre-race news conference ahead of the Portuguese event.

"I've not seen all the quotes - obviously you've just recited some of them," he said.

"So, yes, of course, that is I would say a surprise that they're hiring someone that has those beliefs and is so vocal about things that we're trying to fight against."

"So you should take it up with them, really. There's nothing I can particularly do about it."

Hamilton has been seeking to remain uncontroversial and keep a low profile in recent weeks after earlier brushes with the FIA and the stewards this season, including being instructed not to wear t-shirts carrying political or human rights messages on the podium after races.

Petrov, who finished third to gain a podium finish for Renault at the 2011 Australian Grand Prix, has never previously been appointed as a race steward.

Lewis Hamilton Portuguese Grand Prix Renault
Get the latest updates on IPL 2020, check out the IPL Schedule for 2020 and Indian Premier League (IPL) Cricket live score . Like us on Facebook or follow us on Twitter for more sports updates. You can also download the NDTV Cricket app for Android or iOS.