Lewis Hamilton broke Michael Schumacher's record of all-time pole positions by securing his 69th with a devastating lap in the final seconds of Saturday's rain-hit qualifying for the Italian Grand Prix. 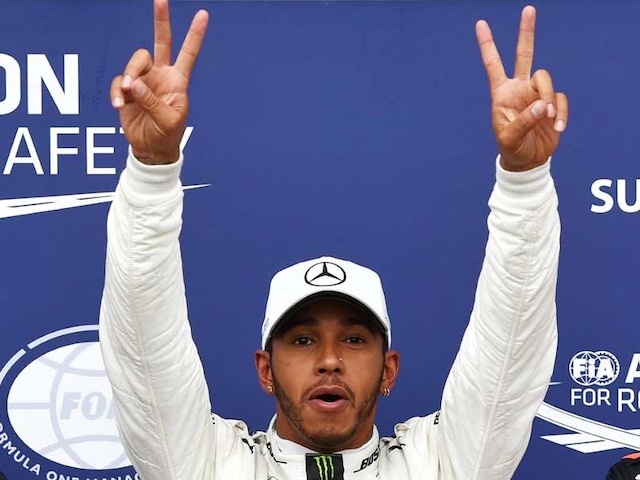 Lewis Hamilton broke Michael Schumacher's record of all-time pole positions by securing his 69th with a devastating lap in the final seconds of Saturday's rain-hit qualifying for the Italian Grand Prix. The 32-year-old Briton steered his Mercedes through treacherous conditions with patience, precision and courage to deliver a best lap in one minute and 34.660 seconds. In a dramatic final Q3 session, he outpaced nearest rival Max Verstappen of Red Bull in teeming rain to claim his sixth pole at Monza and his fourth in succession.

He had shared Schumacher's record of 68 after taking pole in last weekend's Belgian Grand Prix to set up victory and the record.

"To do this here at such an historic circuit - I am going to have some pasta tonight to celebrate," said Hamilton.

With the two Red Bulls hit by major grid penalties for taking new engine components, Stroll will start Sunday's race, forecast to take place in dry conditions, from second on the grid alongside Hamilton.

In a dramatic finale to a session that ended nearly three hours later than expected after a long delay due to heavy rain, the Ferraris of Kimi Raikkonen and championship leader Sebastian Vettel ended up in a disappointing seventh and eight positions.

Brazilian Felipe Massa was ninth in the second Williams and Belgian Stoffel Vandoorne 10th for McLaren.

The session ended nearly four hours after it had begun with a curtailed Q1 brought to an early red-flagged halt when Frenchman Romain Grosjean aquaplaned and crashed in his Haas car.

He was unhurt but accused F1 race organisers of double standards for starting the session in dangerous conditions.

Comments
Topics mentioned in this article
Mercedes Red Bull Lewis Hamilton Daniel Ricciardo Max Verstappen Formula 1
Get the latest Cricket news, check out the India cricket schedule, Cricket live score . Like us on Facebook or follow us on Twitter for more sports updates. You can also download the NDTV Cricket app for Android or iOS.