Formula One: Sergio Perez To Replace Alexander Albon At Red Bull In 2021

Formula One: Before the call from Red Bull, Sergio Perez was eyeing a season off after his seat at Racing Point was handed to Sebastian Vettel, the four-time former world champion let go by Ferrari. 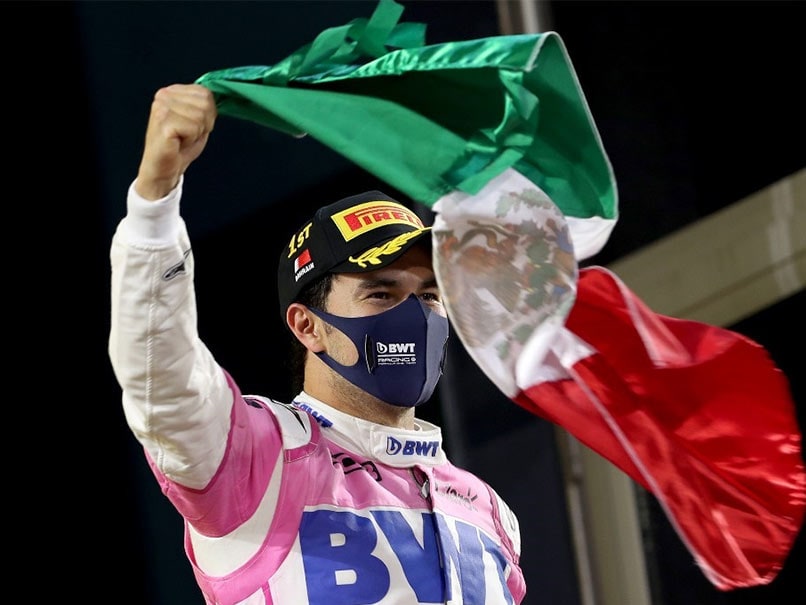 Mexican driver Sergio Perez will replace Alexander Albon at Red Bull next season, the Formula One outfit announced on Friday. Perez, who was out of contract with Racing Point, will race alongside Max Verstappen for the Milton Keynes-based team in 2021. The popular driver put himself in the frame to replace the inconsistent Albon with a stirring first ever F1 win at the 190th attempt at Sakhir in Bahrain in the penultimate race of the season just ended. "The chance to race for a championship contending team is something I have been hoping for since I joined Formula One and it will be a proud moment to step onto the grid in Red Bull colours alongside Max," Perez said.

"Having taken our time to evaluate all the relevant data and performances we have decided that Sergio is the right driver to partner Max for 2021."

Albon had an up-and-down first full season in the role but Horner said the London-born Thai would remain a valuable part of the Red Bull set-up.

"Alex remains an important part of our team as test and reserve driver with a key focus on 2022 development and we would like to thank him for his hard work and contribution," he said.

Before the call from Red Bull, Perez was eyeing a season off after his seat at Racing Point was handed to Sebastian Vettel, the four-time former world champion let go by Ferrari.

He had bid a tearful farewell to Racing Point after retiring from the season-ending Abu Dhabi Grand Prix last weekend.

Albon had finished fourth in Sunday's race, won by Perez's new teammate Verstappen with a lights-to-flag victory in the leading Red Bull.

Perez said after the race: "Who knows what will happen next? I am just looking forward to going back home. Whatever comes next, I will be ready for it."

Five days on and with his 2021 future secured he vowed: "You can be sure that I will give next season my full focus.

"The team has the same winning mentality as me and I know I am here to perform and help the team fight for another title."

The week before Yas Marina, the 30-year-old Mexican had driven from last position, after a first-lap collision, to top a memorable podium alongside Renault's Esteban Ocon and his Racing Point team-mate Lance Stroll.

His success left him weeping in his cockpit at the end of his penultimate race with Racing Point, and at the same time caught the eye of the Red Bull garage.

Friday's statement from his new employers noted: "Sergio made his Grand Prix debut in 2011 and since then has become one of the sport's most consistent performers and tenacious racers.

"Sergio's recent run of form and victory at the Sakhir Grand Prix made him the favoured choice to join Red Bull Racing, initially on a one-year contract."

Perez' welcome job offer comes as Lewis Hamilton is poised to put pen to paper on a new deal with Mercedes.

Mercedes all but confirmed their seven-time world champion would drive for them next season on Thursday.

A post on the team's official Twitter account carried the hashtag "announce" accompanied by the "coming soon" and "pen" emojis, along with a quote from Hamilton expressing his desire to stay with Mercedes.

Max Verstappen Formula 1
Get the latest updates on ICC Women's Cricket World Cup 2022 and IPL 2022, check out the Schedule , Live Score and IPL Points Table. Like us on Facebook or follow us on Twitter for more sports updates. You can also download the NDTV Cricket app for Android or iOS.