The curtailed Formula One season will start with two races behind closed doors in Austria on July 5 and July 12 followed by six other grands prix in Europe. 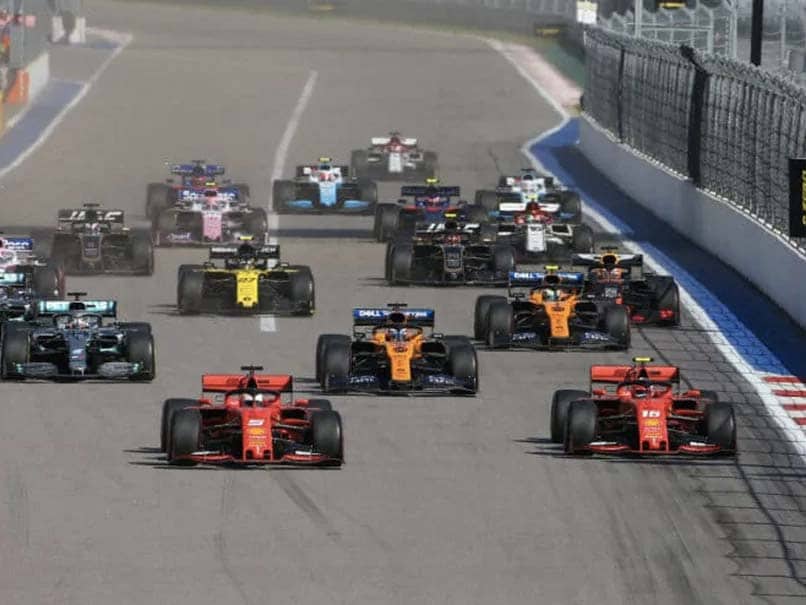 The 2020 Formula One season will start with two races behind closed doors in Austria.© AFP

The curtailed Formula One season will start with two races behind closed doors in Austriaon July 5 and July 12 followed by six other grands prix in Europe, the organisers said on Tuesday. Formula One said it hoped to have between 15 and 18 races in total, with the season being completed in December. The F1 season was thrown into chaos with the cancellation of the traditional curtain-raising Australian Grand Prix in Marchonly hours before practice was due to begin as the coronavirus pandemic spread across the world.

Last week, the Austrian government sanctioned the season-opening double-header at the Spielberg circuit after F1 organisers "presented a complete and professional plan" to combat the COVID-19 outbreak.

The Hungarian Grand Prix will be brought forward to July 19 before a two-week break, followed by consecutive races in Britain and events in Spain, Italy and Belgium. All will be run without spectators while participants must adhere to strict health protocols.

"While we currently expect the season to commence without fans at our races we hope that over the coming months the situation will allow us to welcome them back once it is safe to do," said F1 chief executive Chase Carey.

"But we know the return of Formula 1 will be a welcome boost to sports fans around the world."

With a local airport, the races can be held in an isolated environment, essential in the fight against the pandemic that has killed less than 700 people in Austria, and more than over 375,000 worldwide.

Silverstone will host the two British Grands Prix on August 2 and 9, with the Spanish Grand Prix set for Barcelona on August 16.

The Belgian and Italian Grands Prix will take place on their original dates of August 30 and September 6, completing the European part of the season.

The blueprint for the rehashed season features further races in Asia and the Americas in September, October and November before finishing in the Gulf in Bahrain and Abu Dhabi in December.

The 2020 season was to have featured a record 22 races, now it is set to be the shortest campaign since 2009 with races in Australia, Monaco, France and the Netherlands cancelled.

Comments
Topics mentioned in this article
Formula 1 Silverstone
Get the latest updates on Fifa Worldcup 2022 and check out  Fifa World Cup Schedule, Stats and Live Cricket Score. Like us on Facebook or follow us on Twitter for more sports updates. You can also download the NDTV Cricket app for Android or iOS.