The Mercedes star is facing multiple challenges this season, primarily from Ferrari, who go into the third race of the season with the fastest car. 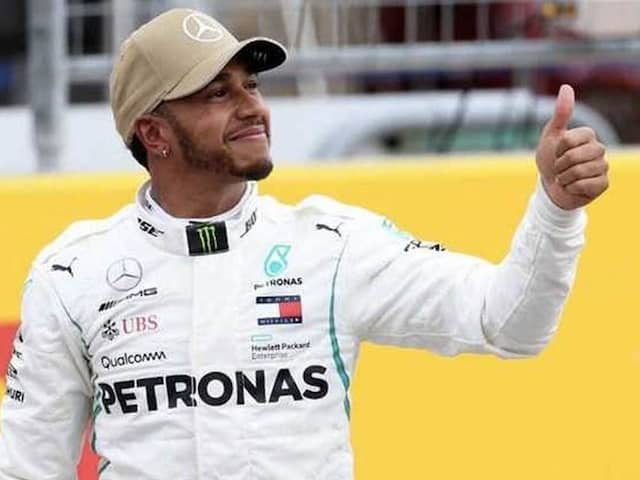 Lewis Hamilton sounded a warning ahead of the 1,000th grand prix on Sunday, saying he was focused only on victory, adding: "I'm not one for special days like this." The Mercedes star from Britain is facing multiple challenges this season, primarily from Ferrari, who go into the third race of the season with the fastest car. But that did not stop the 34-year-old winning in Bahrain two weeks ago after the Ferrari of Charles Leclerc lost power towards the end.

"It's absolutely no different to any other race weekend for me.

I'm here to do one job, and one job only, and that's winning.

"It does not matter if it's the 1,000th, 2,000th or 10,000th (race), it's an irrelevant figure for me."
That steely resolve looks set to be put to the test this weekend in Shanghai, where the Briton has triumphed five times and is a crowd favourite.

Shanghai has one of the longest straights in Formula One, which will suit Ferrari's searing pace.
Hamilton does not expect his Mercedes team to have closed the gap in that department, and sees the Red Bull team as a serious threat too.

Cautioning however that the season is in its infancy, Hamilton said that he hopes to beat the Ferraris of Leclerc and Sebastian Vettel fair and square, rather than hope they suffer some kind of mechanical problem.

"Qualifying was ok in the last race, but the race was a big delta (to the Ferrari speed).

"I hope this weekend is closer between us because this is a great track to have a real race.

"The closer it is, the better."