Charles Leclerc lapped the Bahrain International Circuit in one minute and 27.866 seconds, beating the mark set by his team-mate and four-time champion Sebastian Vettel last year. 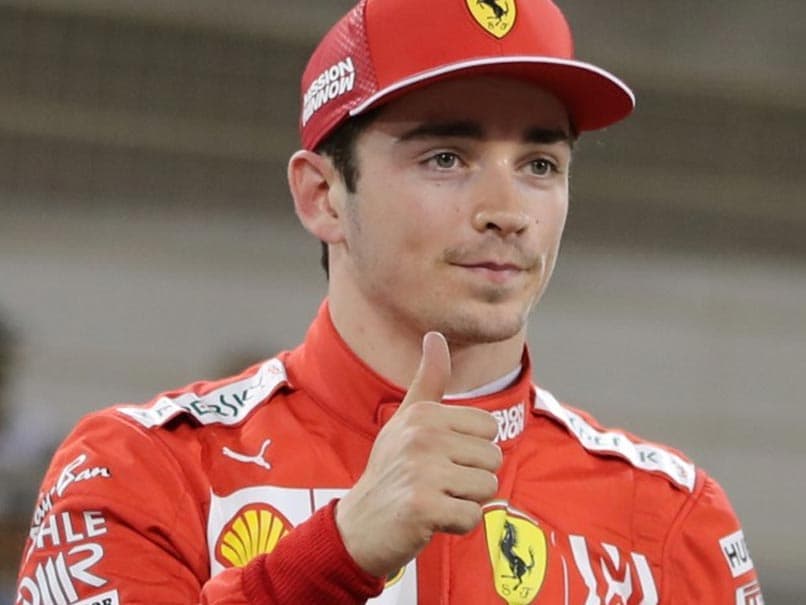 Ferrari new boy Charles Leclerc secured his first pole position on Saturday when he set a new track record by topping a dramatic qualifying session for Sunday's Bahrain Grand Prix. The 21-tear-old Formula One rookie became the first Monegasque driver ever to take pole for a world championship race. Leclerc lapped the Bahrain International Circuit in one minute and 27.866 seconds, beating the mark set by his team-mate and four-time champion Sebastian Vettel last year.

Vettel qualified second to clinch a Ferrari lockout of the front row and was quick to congratulate his new team-mate who shone in only his second race weekend with the team.

"He deserved it," said Vettel

"Yes, come on!" said Leclerc, who is 10 years younger than his team-mate.

"Tomorrow is the race and it's where we score points, but it's a good beginning... It seems like we did a good job so I am extremely happy."

Leclerc became the second youngest pole-sitter in Formula One history behind Vettel, who qualified three-tenths behind him.

"In the end, I think Charles did a very good job and he deserved it. I was a bit shy in the second sector," said Vettel.

Five-time world champion Lewis Hamilton was less than a tenth of a second behind Vettel in third ahead of Mercedes team-mate Valtteri Bottas.

"The Ferraris have been incredibly quick here," said Hamilton.

"But that is not all there is to it and we have to sit down and work out a way to try and beat them."

Dutchman Max Verstappen of Red Bull came in fifth ahead of Dane Kevin Magnussen of Haas.

Carlos Sainz was seventh for a resurgent McLaren ahead of Romain Grosjean in the second Haas, Kimi Raikkonen of Alfa Romeo and British rookie Lando Norris in the second McLaren.

After a quiet start in the cooler conditions, the track temperature having dropped from close to 50 degrees Celsius to a little more than 30, it was the embryonic championship leader Bottas who briefly set the early Q1 pace before Leclerc rocketed to the top by a second.

Vettel slotted in as second fastest ahead of Bottas and Sainz with Hamilton adrift of his team-mate by two-tenths before he improved to third and within seven-tenths of the Monegasque driver.

Norris delivered an impressive lap to go through in fourth while, after a final scrap, the men eliminated were Antonio Giovinazzi of Alfa Romeo, Nico Hulkenberg of Renault, Lance Stroll of Racing Point and the two Williams men British rookie George Russell and Pole Robert Kubica.

The Q2 session began with Bottas again before Hamilton and then Leclerc trimmed the best time to 1:28.046, leaving Vettel playing catch-up after a team error sent him out in heavy traffic.

"That was the worst spot ever" he complained before climbing to second and a top 10 shootout place.

Mercedes were first out for Q3, but it made no difference as, after Hamilton outpaced Bottas, Leclerc equalled the qualifying lap record set by Vettel in 1:27.958 before trimming it on his second rapid run.

Lewis Hamilton Bahrain Bahrain Grand Prix Formula 1
Get the latest updates on Olympics 2020, Olympics 2020 Medal Tally, Live Cricket Score . Like us on Facebook or follow us on Twitter for more sports updates. You can also download the NDTV Cricket app for Android or iOS.