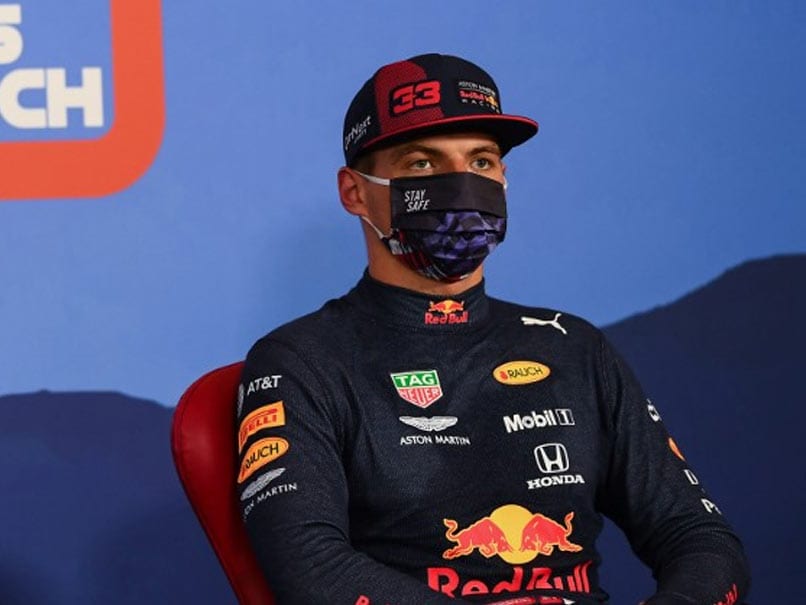 Max Verstappen admitted Mercedes are "on a different level" to his Red Bull team.© AFP

Max Verstappen admitted Mercedes are "on a different level" to his Red Bull team, but stressed he will race to complete a hat-trick of wins in Sunday's season-opening Austrian Grand Prix. The Dutchman wound up third behind pole-sitter Valtteri Bottas and six-time champion Lewis Hamilton in Saturday's qualifying at his team's Red Bull Ring home track. But he hopes that his team's decision to go for an alternative strategy by starting on harder tyres can give him a chance to add to his wins in 2018 and 2019.

Both Bottas and Hamilton broke the lap record as they dominated qualifying, the Finn outpacing his team-mate for the first time this weekend in the process by 0.012 seconds despite an 'off' into a gravel trap on his final lap.

Verstappen was left more than half a second adrift in third and conceded his RB16 car could not match the pace of the 'black arrows'.

But, he said, he hoped his decision to use the harder 'medium' compound tyres in Q2 - and therefore start the race on them - would give him a different strategy and a chance to take control.

"I am happy, first of all, to be P3, but also we've a different starting tyre. It's going to be interesting...

"It's going to be quite a bit warmer tomorrow so I hope it plays in our advantage. Today, Mercedes was on a different level, unfortunately, but let's see what we can do tomorrow.

"Last year, we were also a little bit off in qualifying so I expect we're a bit better in the race. Now I am the only one on a different tyre in the top ten, so I am just looking forward to it.

"We have nothing to lose so I will try to make it as difficult as possible for them."

His Red Bull team-mate Alex Albon will start from fifth behind the McLaren of Lando Norris, but ahead of Sergio Perez in Racing Point's fast 'pink Mercedes' and Charles Leclerc of Ferrari.

Sebastian Vettel Charles Leclerc Red Bull Ring Austrian Grand Prix Formula 1
Get the latest updates on Fifa Worldcup 2022 and check out  Fifa World Cup Schedule, Stats and Live Cricket Score. Like us on Facebook or follow us on Twitter for more sports updates. You can also download the NDTV Cricket app for Android or iOS.