Formula One: Lewis Hamilton's Path To Seventh World Title May Begin On Its Knees

It is expected that the drivers will all wear t-shirts in support of their stance against racism, but Lewis Hamilton hinted their reluctance to go further and take a knee may be due to a lack of understanding of racism. 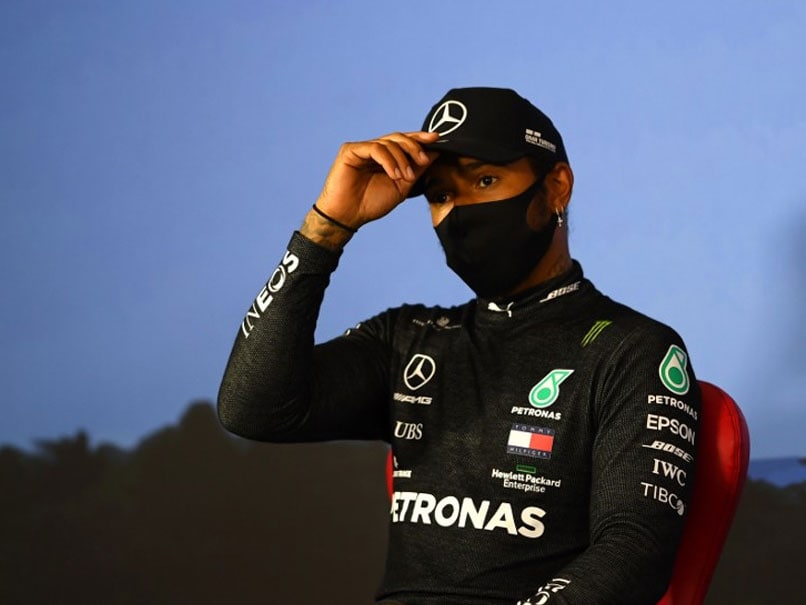 Lewis Hamilton will begin his campaign for a record-equalling seventh world title on Sunday on a grid where rivals are pushing back at his passionate anti-racism message after he suggested they lacked understanding of the issues. Hamilton will start the delayed season opener at the Red Bull Ring in the foothills of the spectacular Styrian Alps second on the grid alongside Mercedes teammate Valtteri Bottas. However, before lights out, eyes will be on how many knees will be down on the tarmac in support of Black Lives Matter.

Some of the 20 drivers may prefer to demonstrate their support by staying on their feet.

What appears to be a split became clear when Hamilton, the sport's only black world champion, revealed his thoughts following Friday's drivers meeting and a statement issued on their behalf by the Grand Prix Drivers Association (GPDA).

It is expected that the drivers will all wear t-shirts in support of their stance against racism, but Hamilton hinted their reluctance to go further and take a knee may be due to a lack of understanding of racism.

He said he had explained his views to his fellow-drivers, pointing out that silence is "generally complicit".

"I think it is part of a dialogue of people trying to understand because there are still some who don't fully understand what is happening and the reason for these protests," said the 35-year-old.

"I continue to try to be that guider and try to influence as many people as I can."

In a statement, the GPDA chairman Alex Wurz said: "All 20 drivers stand united with their teams against racism," adding that they would show their public support for the cause ahead of Sunday's race, but recognising and respecting that each individual has the freedom to show their support in their own way.

After qualifying second behind Bottas for Sunday's race, Hamilton said he had acknowledged a lot of the drivers who had followed a message he posted by ending their silence and using their social media platforms "because they have a great voice and platform."

The drivers are expected to wear t-shirts bearing a message "End Racism" before the race.

He said he had not decided what he would do before the race.

"I don't have any plans - I haven't thought that far forward, but I am sure that over the evening, we will.

"It was good that we are all at least in discussion."

On the track on Saturday, meanwhile, Finnish driver Bottas outpaced Hamilton with a best lap in qualifying in one minute and 2.939 seconds and then survived an 'off' into the gravel and a spin on his final lap to remain 0.012 seconds clear of the Briton.

It was Bottas' third pole at the Austrian Grand Prix and the 12th of his career.

Max Verstappen was third for Red Bull, half a second adrift of the two newly-painted 'black arrows' cars whose dominating performance delivered a 65th front row lock out for Mercedes, equalling Ferrari's record.

Lando Norris was an impressive fourth for McLaren ahead of Alex Albon in the second Red Bull and Sergio Perez who was sixth in Racing Point's 'pink Mercedes'.

Mercedes Austrian Grand Prix Formula 1
Get the latest updates on Fifa Worldcup 2022 and check out  Fifa World Cup Schedule, Stats and Live Cricket Score. Like us on Facebook or follow us on Twitter for more sports updates. You can also download the NDTV Cricket app for Android or iOS.