Lewis Hamilton roared back into serious contention for a fourth drivers' world title on Sunday when he drove to a well-judged victory for Mercedes in a dramatic Spanish Grand Prix. 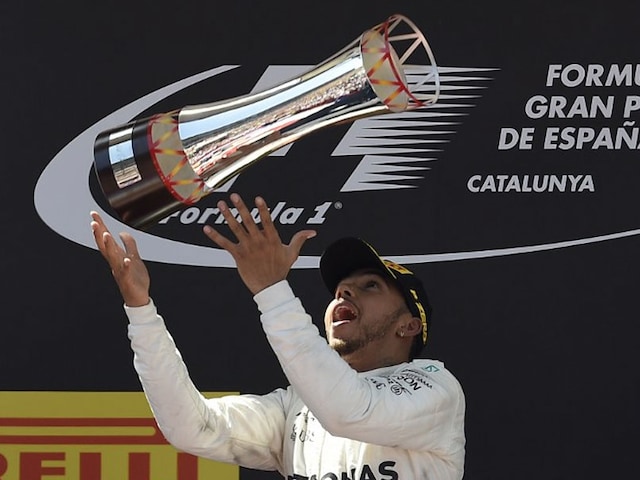 Lewis Hamilton roared back into serious contention for a fourth drivers' world title on Sunday when he drove to a well-judged victory for Mercedes in a dramatic Spanish Grand Prix. The three-time champion recovered after losing the lead from his 64th pole position to make the most of key strategic decisions and win with power and precision ahead of championship leader Sebastian Vettel of Ferrari. Hamilton finished the 66-lap contest 3.5 seconds ahead of the four-time champion German, having blasted past him to regain the lead after 44 laps.

It was his second win in five races this year and the 55th of his career and it brought him within six points of Vettel in the title race. The German now has 104 points and Hamilton has 98.

Australian Daniel Ricciardo finished third for Red Bull, more than a minute adrift of the leaders, ahead of Mexican Sergio Perez and his Force India team-mate Frenchman Esteban Ocon.

German Nico Hulkenberg came home sixth for Renault, ahead of compatriot Pascal Wehrlein of Sauber, who lost his place due to a time penalty for a pit-lane mistake during the race.

Spaniard Carlos Sainz was eighth on the road, but classified seventh, ahead of Russian Daniil Kvyat who did a superb job for Toro Rosso after starting at the back of the grid, and Frenchman Romain Grosjean of Haas.

Every driver, apart from those on the podium, was lapped during an exhausting contest that saw Finn Kimi Raikkonen of Ferrari and last year's winner, Dutch teenager Max Verstappen, crash into retirement on the first lap.

"Guys what can I say?" said Hamilton on his team radio. "A fantastic job this weekend -- thank you. The strategy was right on it."

Comments
Topics mentioned in this article
Mercedes Ferrari Red Bull Lewis Hamilton Sebastian Vettel Daniel Ricciardo Spanish Grand Prix
Get the latest Cricket news, check out the India cricket schedule, Cricket live score . Like us on Facebook or follow us on Twitter for more sports updates. You can also download the NDTV Cricket app for Android or iOS.