Formula One 2014 Season: Highs and Lows

Lewis Hamilton claimed his second Formula One title by winning the Abu Dhabi Grand Prix, the last race of the 2014 season. 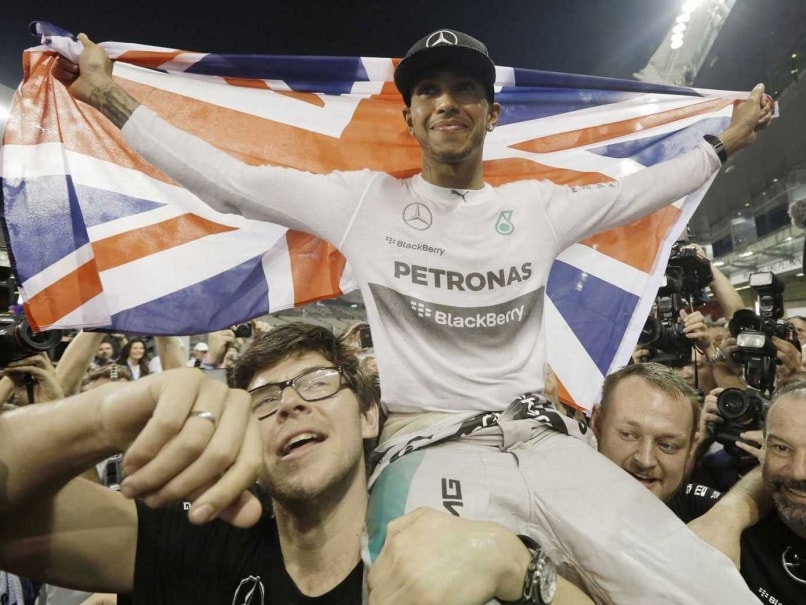 Highs and lows from the 2014 Formula One season, which concluded in Abu Dhabi on Sunday with Lewis Hamilton claiming his second world title:

This race produced an early signal of what lay ahead as Lewis Hamilton responded after being out-paced by Nico Rosberg in qualifying - for the first time - and won a dramatic race. The pair went wheel to wheel and revealed the ferocity of their competitiveness for the first time as they produced a thrilling contest for the fans and worldwide television viewers. Hamilton's sheer speed and talent shone through, but it was a close fight and Rosberg confirmed, that as the early season leader of the title race, he had little intention of making it easy for his Mercedes team-mate. (Read: Hamilton Crowned 'King' of Formula One by British Press)

Daniel Ricciardo, the Australian with the biggest smile in global sport, pushed his way to the top of the victors' podium for the first time with a brilliant victory, after starting from sixth on the grid, for Red Bull. In his first season after joining the team in succession to fellow-Aussie Mark Webber, Ricciardo showed his talent and race-craft with a consummate performance in a season that was to see him beat four-time champion team-mate Sebastian Vettel, finishing with three wins to his partner's zero.

After their acrimonious scrap in Belgium, where Hamilton was forced into retirement with a puncture following a collision with the aggressive Rosberg in a controverisal incident, this was the race that launched Hamilton's comeback and a run of victories that secured the championship. In Ferrari's Italian homeland, he secured his first pole in eight races and then rekindled his desire for glory with a great race performance to win as Rosberg showed fallibility under pressure. It was Hamilton's first win in four races, but he then won five in succession and six of the last seven. (Double Points Finish for Force India at Season-Ending Race)

A supreme performance by Hamilton, gracious in victory and generous and humble towards Rosberg, went a long way to rescuing much of Formula One's tarnished image after weeks dominated by bad news as seven-time champion Michael Schumacher struggled in his recovery from serious injury, Jules Bianchi lay fighting for his life following his terrible crash in Japan and the teams squabbled over the unfair distribution of wealth, two of them crashing out of action and into administration. The hand-shake and embrace between the two Mercedes drivers was more than a reconciliation for the cameras, it was a human moment that reflected all that is best in sport. (Rosberg Disappointed to Miss Out on Formula One Title)

A behind-the-scenes row after Rosberg had curtailed qualifying and wrecked Hamilton's final flying lap led to the first acrimonious exchanges between the two men and revealed that tensions were simmering. Rosberg locked up and ran off track, causing the session to end in a scenario that reminded some observers of deliberate moves by drivers in the past. The relationship between the two, who were once close friends as teenagers when they were karting team-mates, deteriorated with Hamilton seething with frustration and anger. His 'we are not friends' comment was a reflection of his mood and set the tone for the middle of the year until the bubble burst in Belgium.

Rosberg continued his habit of taking pole positions, a success that always irritated the more naturally gifted Hamilton, but was outpaced at the start and Hamilton secured an early lead. Then, the German retaliated in a wild bid to regain position and succeeded only in creating a collision that damaged Hamilton's car and forced him into retirement. After three months of mounting tension and some acrimonious words, this was a decisive incident. Rosberg was condemned by his team and the public and booed on the victors' podium after winning. Hamilton responded with his re-focussed surge to title glory while Rosberg, sanctioned by the team, but cleared of any intent by the race stewards, had to lick his psychological wounds.

Dreadful weather, a looming typhoon, heavy rain and high tension created the worst conditions for a race won by a dominant Hamilton, but one that was overshadowed by a terrible accident when Frenchman Jules Bianchi crashed his Marussia car, as it aquaplaned off circuit, into a recovery vehicle. Bianchi suffered severe head injuries and was left unconscious in hospital and in a critical condition in Japan as the circus flew off for the next race in Russia. It was a reminder of the mortality of Formula One drivers and saw them unified in support of their colleague. It also resulted in calls for renewed focus on safety and procedures in bad conditions where damaged cars are recovered during races.

On a weekend when the F1 grid was reduced to just 18 cars, after the Caterham and Marussia teams went into administration and failed to travel to Texas, Hamilton won ahead of Rosberg, but the show was threatened by rumoured talk of a three team boycott of the race as Force India, Renault and Sauber complained in public at the unfair distribution of prize money in the sport. The future of the sport was thrown into doubt and commercial ring master Bernie Ecclestone, who had this year escaped from a possible prosecution leading to jail in a German court, was pushed back under pressure at the age of 84, leading to speculation about the future of the sport.

Comments
Topics mentioned in this article
Nico Rosberg Lewis Hamilton Formula 1
Get the latest updates on IPL Auction 2023 and check out  IPL 2023 and Live Cricket Score. Like us on Facebook or follow us on Twitter for more sports updates. You can also download the NDTV Cricket app for Android or iOS.