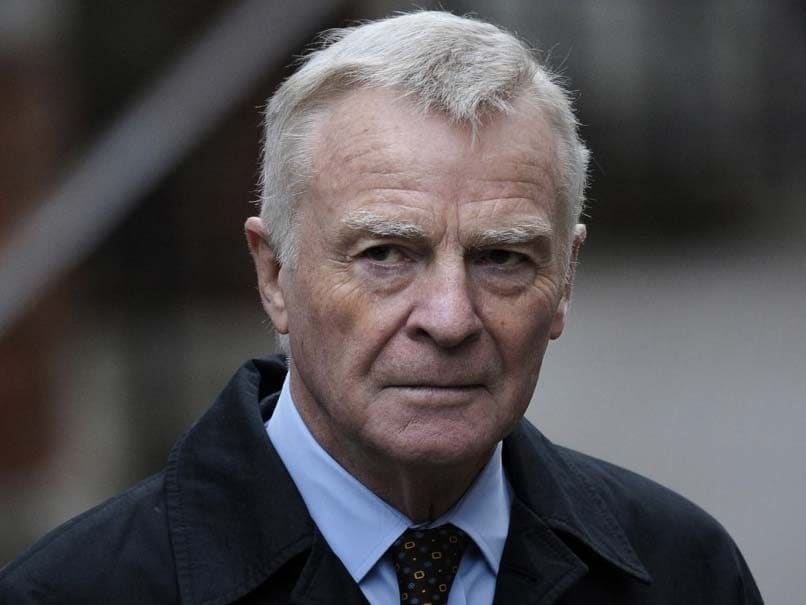 Max Mosley, the former president of motorsport's world governing body the FIA, has died aged 81, ex-Formula One supremo Bernie Ecclestone announced on Monday. Mosley became FIA president in 1993 after serving in previous administrative roles in motorsport, including within Formula One. He served three terms as president before standing down in 2009. He had been suffering from cancer. Ecclestone told the PA news agency, "Max was like family to me. We were like brothers. I am pleased in a way because he suffered for too long."

In 2008 he won a privacy case against the News of the World newspaper after it printed photographs and published video of his involvement in a sadomasochistic sex session.

It was reported by the newspaper as a "sick Nazi orgy"but the judge found no evidence of Nazi themes in his judgement.

He also said there was no public interest defence in the clandestine recording of the session.

Mosley experienced a family tragedy in 2009 when his son Alexander died aged 39. The coroner ruled Alexander's death was due to non-dependent drug abuse.

Mosley senior studied at Oxford University, where he read physics, but later trained as a lawyer and became a barrister whose specialism was patent and trademark law.

Comments
Topics mentioned in this article
Formula 1
Get the latest updates on SA vs IND 2021-22, check out the Schedule and Live Score . Like us on Facebook or follow us on Twitter for more sports updates. You can also download the NDTV Cricket app for Android or iOS.