The race was red-flagged after a collision involving Raikkonen (Ferrari) and Massa (Williams). The 2007 champion Raikkonen was taken to circuit medical centre and may have injured his ankle. 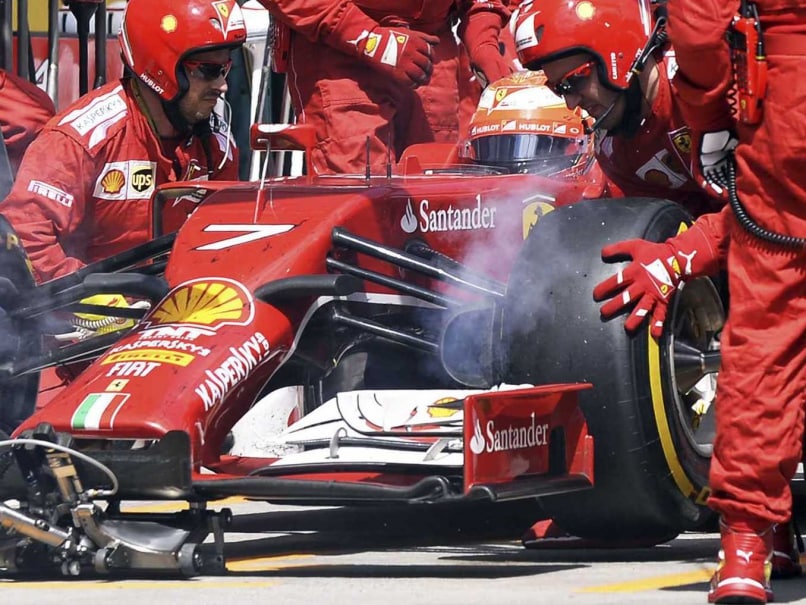 The race was red-flagged after a collision involving Raikkonen in a Ferrari and Massa in a Williams.

Brazilian Massa escaped unhurt and drove back to the pits without his left rear wheel, but Finn Raikkonen emerged limping from his badly-damaged Ferrari which lost most of the front end and left rear wheel.

The race was stopped as 2007 champion Raikkonen was taken to the circuit medical centre.

It appeared he lost control of his car and hit the barriers before spinning across the track where he collided with Massa.

Massa said: "I just saw a car in front of me. Kimi crashed and he was coming into me so I turned right and he hit me. The car is very damaged.

"My car was not moving at the start anyway. It is a weekend to forget. I hope Kimi is fine as I saw he had a big crash. I wanted to have a better weekend than this but I'm happy I'm fine."

The organisers announced that the race would be delayed for repairs to a section of barriers estimated to last at least 15 minutes.

Massa, starting his 200th Grand Prix, took rapid avoiding action to avoid a more serious crash after Raikkonen had lost control and spun in front of him.

Raikkonen almost collided with several other cars after running off circuit at the start of the Wellington Straight having run off track and then hitting a bump as he rejoined.

As the Finn spun out of control across the track, Massa threw his car into a spin to avoid a head-on accident and Japanese driver Kamui Kobayashi steered his Caterham wide to the left and across the grass to avoid contact.

Raikkonen and Massa were both starting 'out of position' -- in 15th and 18h respectively -- because their teams had misread the changeable conditions in Saturday's qualifying session and failed to gain their normal grid places.

Comments
Topics mentioned in this article
British Grand Prix Kimi Raikkonen Formula 1
Get the latest updates on ICC Women's Cricket World Cup 2022 and IPL 2022, check out the Schedule , Live Score and IPL Points Table. Like us on Facebook or follow us on Twitter for more sports updates. You can also download the NDTV Cricket app for Android or iOS.