Formula 1 has extended its contract with the Chinese Grand Prix until 2025, the organisation said Saturday, despite the race being dropped from its calendar for next year. 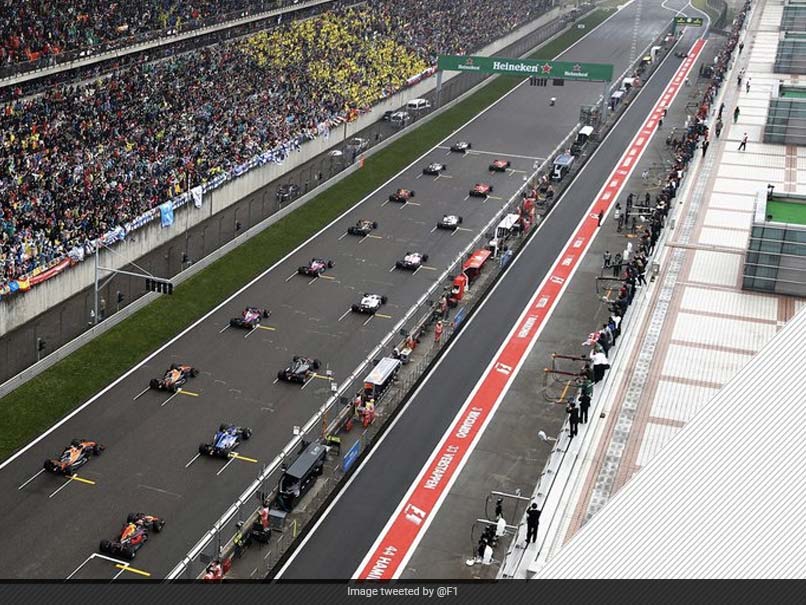 F1 is growing in popularity in China but the world's most populous nation still lacks a home star.© F1/Twitter

Formula 1 has extended its contract with the Chinese Grand Prix until 2025, the organisation said Saturday, despite the race being dropped from its calendar for next year. COVID-19 and China's strict travel restrictions prompted the cancellation of the Shanghai event in 2020 and this year. F1 has also not included the race on its 2022 schedule due to "ongoing pandemic conditions". But that has not stopped it from extending its deal with the world's second-largest economy, which is a major growth market for F1.

"We are very pleased that this new agreement will ensure our fans in China have Formula 1 racing to look forward to in the coming years," F1 said in a statement.

"While we are all disappointed we could not include China on the 2022 calendar ... China will be restored to the calendar as soon as conditions allow and we look forward to being back with the fans as soon as we can," President and CEO Stefano Domenicali said.

F1 last month released a record 23-race schedule for 2022 that included several events -- such as Australia, Canada, Singapore and Japan -- that were axed this year and in 2020 due to the pandemic and subsequent health restrictions.

The Chinese GP, which has been running since 2004, will be replaced by the Emilia Romagna Grand Prix at Imola on April 24.

The 2022 season will start in Bahrain on March 20 and end back in the Gulf at Abu Dhabi on November 20.

F1 is growing in popularity in China but the world's most populous nation still lacks a home star.

But there are high hopes that hotly tipped youngster Zhou Guanyu will make the leap up from Formula 2.

Comments
Topics mentioned in this article
Chinese Grand Prix
Get the latest updates on IPL Auction 2023 and check out  IPL 2023 and Live Cricket Score. Like us on Facebook or follow us on Twitter for more sports updates. You can also download the NDTV Cricket app for Android or iOS.