So far, 10 races of what was to have been a record 22-event Formula One championship have either been cancelled or postponed. 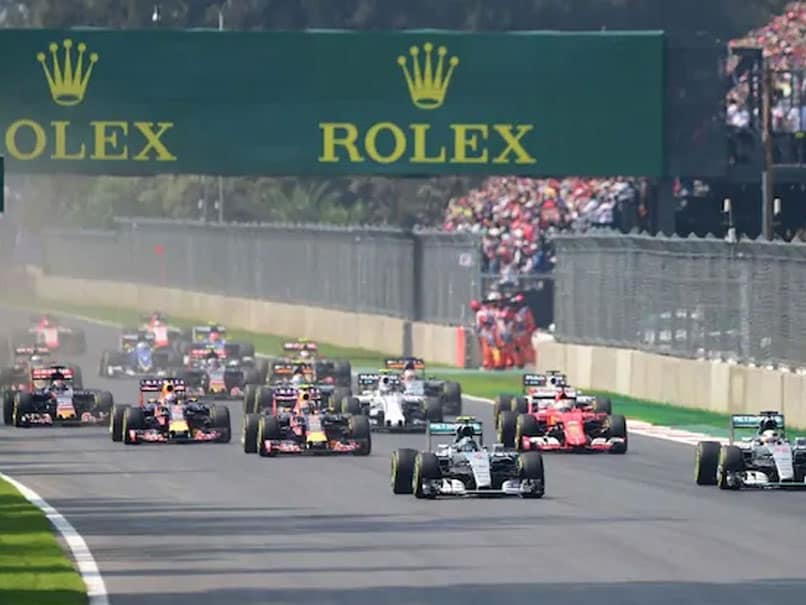 Formula One could stage a series of races at new venues in an attempt to salvage the season.© AFP

Formula One could stage a series of races at new venues in an attempt to salvage the coronavirus-hit season, the sport's chief Chase Carey said Thursday. On the day that Liberty Media, the company which runs the sport, reported a collapse in revenues of more than $200 million (184.7 million euros) in the first quarter of the year, Carey insisted that a 15-18 race season was still possible. He also admitted that all scenarios are on the table "including the remote possibility of no racing in 2020".

So far, 10 races of what was to have been a record 22-event championship have either been cancelled or postponed.

The season will only get underway in Austria on July 5 and behind closed doors.

"We have two primary challenges, identifying locations where we can hold the races and determining how we transport all necessary parties and their equipment to that location for a race," said Carey.

"We're in discussion with all of our promoters as well as some tracks that are not currently on our 2020 calendar to ensure we explore all options."

New venues which are reportedly being considered are Portimao in Portugal and Imola in Italy, once the long-time home of the San Marino Grand Prix.

Austria's Spielberg circuit is expected to host a second race on July 12 with Silverstone, the home of the British Grand Prix, also tipped for back-to-back events on July 19 and 26.

"We are in advanced stages of putting together a schedule of additional European races through early September, including races during the traditional August break," added Chase.

"We will then plan to race in Asia and the Americas in September, October, November before finishing in the Gulf in Bahrain and Abu Dhabi in December.

He added: "We expect the early part of the calendar to be races without fans, but we hope to be able to allow fans to attend in the latter part of the year."

Earlier Thursday, Liberty announced that their F1 revenue had collapsed to just $39 million in the first three months of the year, from $246 million in the same period in 2019, a dramatic drop of 84 percent.

The share price of Liberty Media's F1 activities stood 0.4 percent lower in mid-session trading on the Nasdaq on Thursday at $29.47.

The stock has lost almost 33 percent of its value since the start of the year.

Carey at least had some positive news to share in his conference call, claiming that the first three 'virtual' races staged this year had generated 12.9 million digital views and total viewership, including TV, standing at an estimated 16.3 million.

"We will continue with these virtual GPs until we return to racing," he said.

Comments
Topics mentioned in this article
Formula 1
Get the latest updates on India vs South Africa and check out  Schedule, Results and Live Score. Like us on Facebook or follow us on Twitter for more sports updates. You can also download the NDTV Cricket app for Android or iOS.