A final call on staging the Australian GP will be made in the "coming weeks", organisers said Tuesday, following reports it could be postponed over strict travel restrictions. 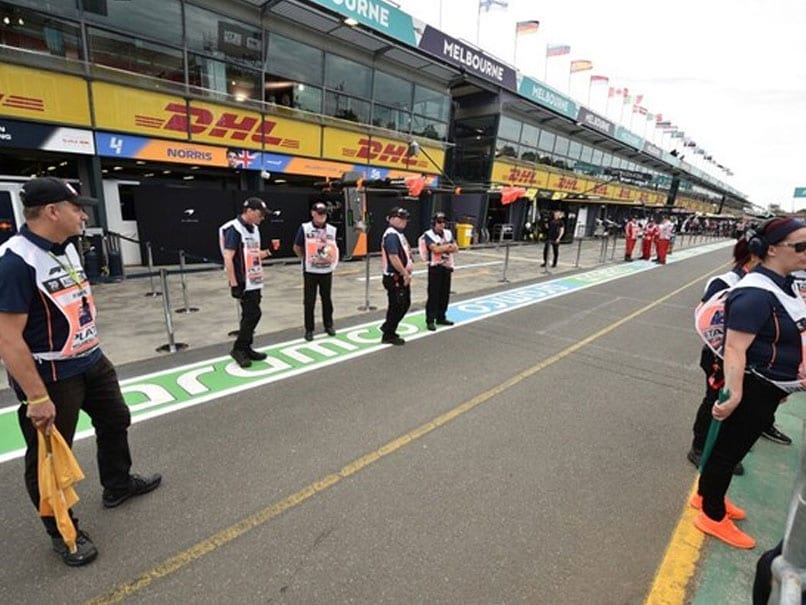 Australian GP organisers said they were working through the issues.© AFP

A final call on staging the Australian Grand Prix will be made in the "coming weeks", organisers said Tuesday following reports it could be postponed over strict travel restrictions and the emergence of a new strain of Covid-19. Website autosport.com said the Melbourne-based race, which is due to kick off the new season on March 21, would likely be pushed back to later in the year, with Bahrain poised to open the 2021 calendar on March 28. It pointed to Australia's tough coronavirus restrictions, which require international travellers to quarantine for two weeks, as posing significant logistical and financial obstacles.

Many Formula One teams are also based in England where cases are surging, spurred by a more infectious new variant, further complicating matters.

Australian organisers said they were working through the issues.

"Further detail will be provided upon finalisation of arrangements with all parties in the coming weeks."

Construction around the temporary Albert Park circuit is yet to start and tickets are not currently on sale.

The Australian race, the traditional season curtain-raiser, was called off last year just hours before the first practice session after a McLaren team member tested positive, with drivers scrambling to leave the country.

The pandemic threw the season into chaos and racing only started in Austria in July, with the Melbourne event not rescheduled.

Despite concern about the fate of this year's race, hundreds of the world's top tennis players are set to arrive in Melbourne from January 15 for 14 days' quarantine before the Australian Open.

After months of wrangling, authorities allowed them to train for five hours a day in a bio-secure bubble, shuttled between designated hotels and Melbourne Park, where the tournament is held.

Australia has fared much better than many other nations in dealing with the virus following swift action to close its borders to the world and carry out widespread testing.

Life had been returning to relative normality around the country before a new cluster emerged in Sydney last month.

It has since spread to neighbouring Victoria, forcing the closure of some state borders.

Comments
Topics mentioned in this article
Australian Grand Prix
Get the latest updates on India vs South Africa and check out  Schedule, Results and Live Score. Like us on Facebook or follow us on Twitter for more sports updates. You can also download the NDTV Cricket app for Android or iOS.