Whether it's running his sport with an authoritarian hand for four decades or paying his way out of a bribery trial, the 83-year-old Bernie Ecclestone has spent a career cutting deals and wheeling and dealing to stay on top of the Formula One racing world. 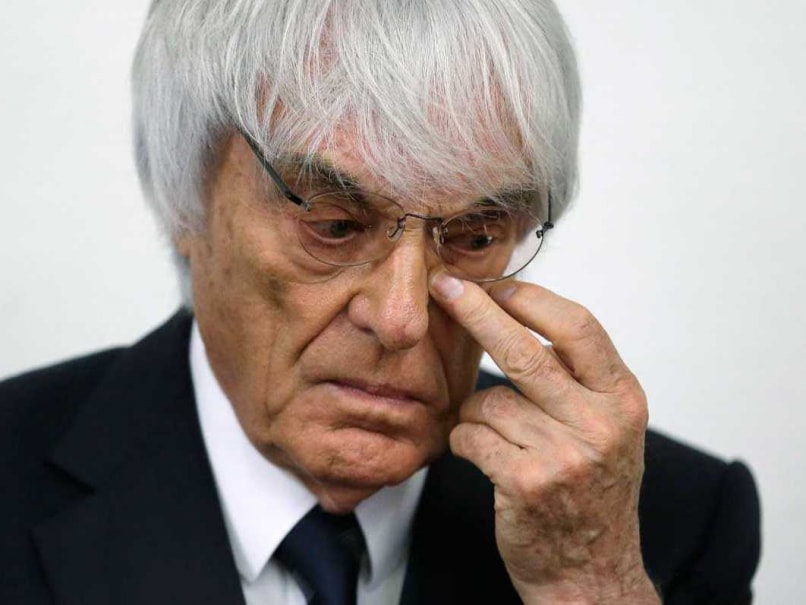 Born in Bungay, Suffolk, Bernie Ecclestone is the son of a fisherman who studied chemistry in his youth.© AP

Bernie Ecclestone is a man used to getting his own way.

Whether it's running his sport with an authoritarian hand for four decades or paying his way out of a bribery trial, the 83-year-old English billionaire has spent a career cutting deals and wheeling and dealing to stay on top of the Formula One racing world. (Bernie Ecclestone hails capitalism after bribery trail deal)

For the past 10 months, Ecclestone has been entangled in court cases in native England and Germany that threatened - but failed - to bring him down.

The ultimate survivor, Ecclestone emerged with his image tarnished but the grip on his sport intact, for now. (F1 and Bernie Ecclestone: The mutually dependent partners)

In February, the High Court in London rejected a multimillion-dollar corruption claim against Ecclestone related to the sale of F1 in 2005. And on Tuesday, he took the rare and contentious step of paying a Munich court $100 million to drop a bribery case against him.

For the seemingly untouchable Ecclestone, it was business as usual.

"This now allows me to do what I do best, which is running F1," he said after the verdict was handed down Tuesday in Munich.

Ecclestone could have faced 10 years in prison if convicted of paying a $44 million bribe to German banker Gerhard Gribkowsky. Ecclestone denied wrongdoing and contends that Gribkowsky, who was in charge of selling German bank BayernLB's 47 percent stake in F1 in 2005, blackmailed him.

Ecclestone is one of the shrewdest financial operators in sports, having built a powerbase in F1 since the 1970s that has allowed him to control the business operations of the racing series - now worth $1.5 billion a year - at the behest of teams and sell TV rights across the globe. He has fought regular tussles with teams over finances, but has retained control of the global racing circuit - and his personal fortune has rocketed.

According to Forbes, Ecclestone has a net worth of $4.2 billion - not bad for someone who dropped out of school at 16, is the son of a fisherman and who starting working life as a used-car salesman.

With his glasses and mop of gray hair, the diminutive Ecclestone is a regular figure in the F1 paddock and he still lives in a penthouse above his office in central London. His appetite for work is undiminished, although he said the Munich case - which dragged on for 3 1/2 years and required him to attend court for two days a week since April - has been an "aggravation."

Having helped expose the world to F1, Ecclestone's task has been to keep the viewers watching and the money rolling in. And it has worked for almost four decades.

"Bernie is absolutely the best and only guy to do what he does, to take Formula One to the global reach that the sport has achieved," Red Bull team principal Christian Horner said last year. "It's in all our interests that he's around as long as possible."

Ecclestone is often heard saying: "I'm not going anywhere." But the challenges facing him and F1 are real.

Viewing figures have been falling steadily since 2011, when the worldwide television audience for F1 was 515 million, according to the sport's Global Media Report released last year. In 2013, the figure had plunged to 450 million.

Attendance has been in decline at some race tracks, too.

Ferrari president Luca di Montezemolo recently urged Ecclestone to call F1's key figures together to discuss its future, amid concerns the sport has lost its way.

Ecclestone has acknowledged that Sebastien Vettel's recent dominance of F1 - the German won the past four championships - has proved a turn-off. That has led to F1 introducing the awarding of double points for the final race to keep the season competitive right to the end, a move that hasn't gone down well with many traditionalists.

Ecclestone's legal troubles have hardly put F1 in a good light, either. Donald Mackenzie, co-founder of CVC, the private equity firm that has a controlling stake in F1, had warned that Ecclestone would have been dismissed had he been convicted of any crime.

But Ecclestone emerged from the Munich court case without any finding of guilt and is back in full control. He had stepped down from a number of director's positions on companies related to F1 during the Munich trial, but is ready to resume those roles.

Ultimately, he'll be judged on is his ability to keep bringing money into the sport. And for the moment, he shows no sign of bowing out.

"Everything is back to normal," he said.