Lewis Hamilton topped the times for Mercedes ahead of Renault's Esteban Ocon as Sebastian Vettel slumped to 20th and last for Ferrari in third and final practice for Sunday's Belgian Grand Prix. 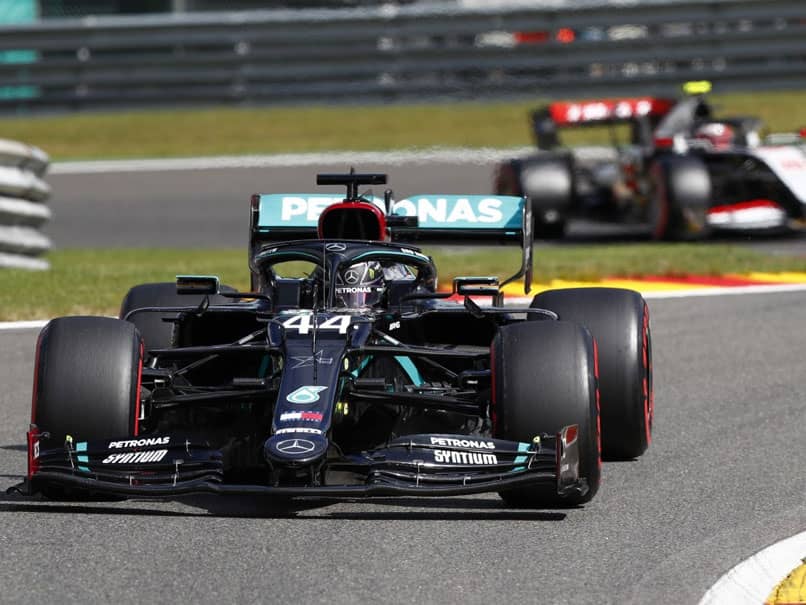 Lewis Hamilton topped the times for Mercedes ahead of Renault's Esteban Ocon as Sebastian Vettel slumped to 20th and last for Ferrari in Saturday morning's third and final practice for Sunday's Belgian Grand Prix. The championship leader and defending six-time champion clocked a fastest lap in one minute and 43.255 seconds to outpace Ocon by two-tenths as the session produced an unexpected result.

Hamilton's 'black arrows' team-mate Valtteri Bottas was down in fifth place, separated from the Briton by Ocon, Lando Norris of McLaren in third and Alex Albon of Red Bull.

Max Verstappen, who was fastest on Friday in his Red Bull, was sixth ahead of Daniel Ricciardo in the second Renault and the two Racing Points of Lance Stroll, in eighth, and Sergio Perez, tenth, split by Carlos Sainz.

Most remarkably, last year's race winner Charles Leclerc and his Ferrari team-mate Vettel, the 2018 winner, wound up in 17th and 20th places - an outcome that created the prospect of both Ferraris, struggling with basic performance as well as tyre problems, failing to progress from Q1 in qualifying later on Saturday.

On a dismal and overcast morning, with sporadic showers following heavy overnight rain, the air temperature was only 14 degrees Celsius and the track just 19 as final practice began with only the two Haas cars venturing out in the opening 20 minutes.

The cool conditions meant it was very difficult for the teams and their drivers to warm up their tyres and this, in turn, encouraged them to delay their laps until they had the chance of a clear run.

When the rest joined the fray, Norris, Albon, Hamilton and Bottas successively took over from Kevin Magnussen on top of the times, all improving their laps in a bid to beat the threatened rain.

After his fastest time on Friday, Verstappen resumed by separating the two Mercedes and taking second for Red Bull as the Ardennes' famously capricious microclimate produced heavy rain and sunshine simultaneously at different parts of the sprawling track.

All this resulted in a mini traffic jam before the final flurry of laps as the drivers jostled for positions before lapping in earnest.

"The traffic is a nightmare - at the start of the lap, it's impossible," said Leclerc.

Williams' George Russell was more succinct. "Oh my God," he said. "What a joke."

Valtteri Bottas Belgian Grand Prix Spa-Francorchamps
Get the latest updates on India vs Australia Series, check out the India vs Australia Schedule for 2020-21 and Ind vs Aus live score . Like us on Facebook or follow us on Twitter for more sports updates. You can also download the NDTV Cricket app for Android or iOS.