Bahrain GP: Lewis Hamilton had to battle past Max Verstappen to win the Bahrain Grand Prix. 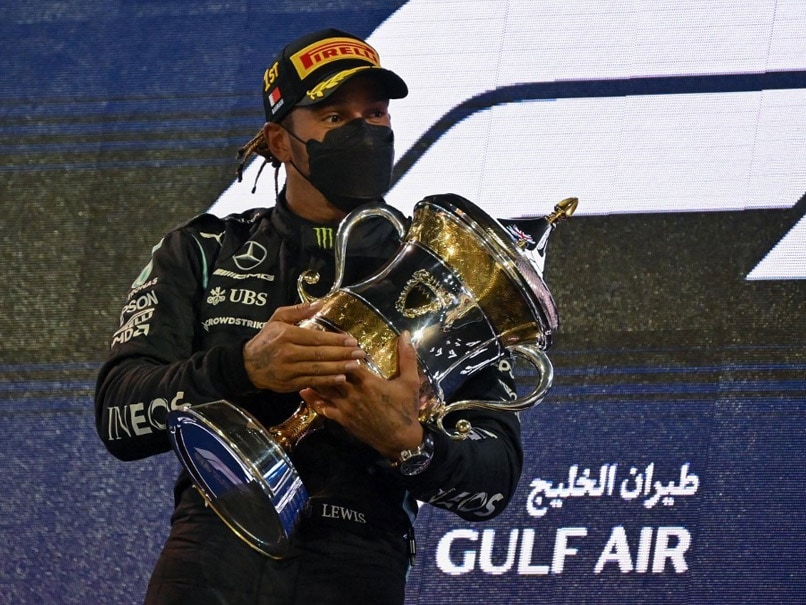 Lewis Hamilton got his bid for an eighth world title off to a thrilling start with victory in the Bahrain Grand Prix on Sunday. Mercedes star Hamilton edged out pole-sitter Max Verstappen in his Red Bull, with Valtteri Bottas in the second Mercedes rounding out the podium. Verstappen had victory in his sights but ran wide in the closing stages as he passed Hamilton, handing the advantage back in the process. "What a difficult race that was. Stopping early we knew was going to be difficult, but we had to cover Max. It was going to take something pretty special," said Hamilton after his 96th career win.

"Max was all over me right at the end, but just managed to hold him off, one of most difficult races I have had for a while."

Verstappen admitted: "It's of course a shame, but you also have to see the positive. We're putting the fight on to them (Mercedes), so it's great to start the year like that."

Max Verstappen Bahrain Grand Prix Formula 1
Get the latest updates on ICC T20 Worldcup 2022, check out the Schedule and Live Score. Like us on Facebook or follow us on Twitter for more sports updates. You can also download the NDTV Cricket app for Android or iOS.