Lewis Hamilton has signed a new one-year deal with Mercedes, the Formula One team announced on Monday. 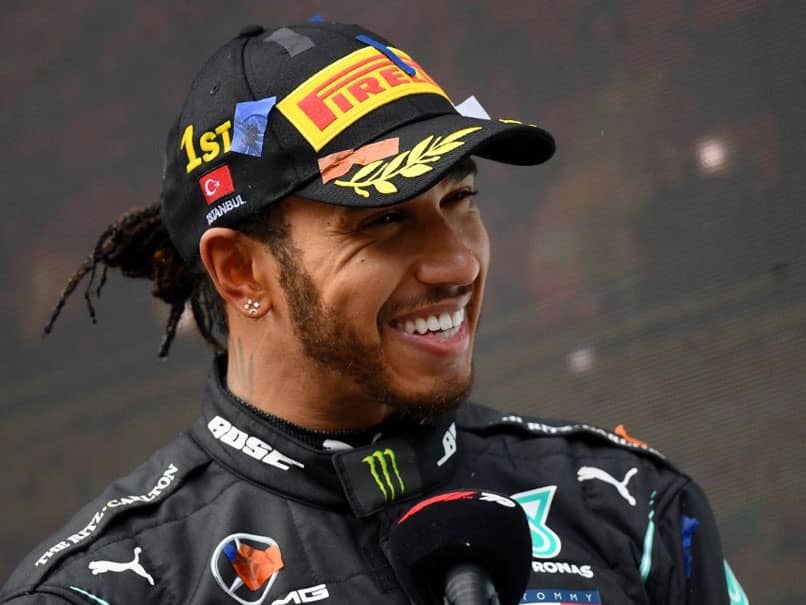 Lewis Hamilton, the reigning Formula One Champion, has signed a new one-year deal with Mercedes.© AFP

Lewis Hamilton has ended his long-running contract saga with Mercedes by signing a new one-year deal, the Formula One team announced on Monday. "The Mercedes-AMG Petronas F1 Team is pleased to announce that the reigning Formula One world constructors' champion and the reigning F1 world drivers' champion will continue together in 2021," the team said in a statement.

The British driver, 36, will be bidding to win an unprecedented eighth world title when the season gets under way in Bahrain next month.

Hamilton had been out of contract since his last deal expired on the final day of December.

But after several weeks of negotiations with Mercedes, his future has finally been settled, albeit with both parties agreeing to only one extra year.

"We have always been aligned with Lewis that we would continue, but the very unusual year we had in 2020 meant it took some time to finish the process," said team principal Toto Wolff, referring to impact of the coronavirus pandemic.

"The story of Mercedes and Lewis has written itself into the history books of our sport over the past eight seasons, and we are hungry to compete and to add more chapters to it," he added.

Hamilton said he was "excited" to be heading into a ninth season with Mercedes.

"Our team has achieved incredible things together and we look forward to building on our success even further, while continuously looking to improve, both on and off the track," he said.

"I'm equally determined to continue the journey we started to make motorsport more diverse for future generations and I am grateful that Mercedes has been extremely supportive of my call to address this issue."

Hamilton equalled Michael Schumacher's championship haul with his seventh title in 2020 and already has more race wins, pole positions and podiums that any other driver in the sport's history.