"To Infinity And Beyond": Mauricio Pochettino Dreaming Of Champions League Glory 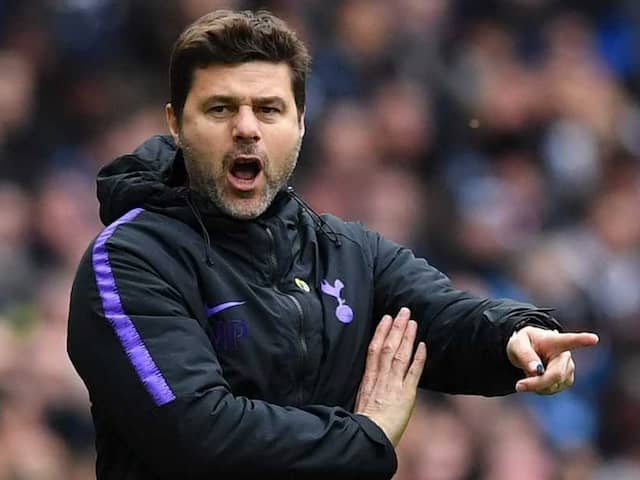 Pochettino has told his team not use injuries or tiredness as excuse for not making reaching final.© AFP

Mauricio Pochettino has told Tottenham Hotspur not to use the absence of Harry Kane and Son Heung-min or tiredness after a draining campaign as an excuse for not making the Champions League final for the first time in the club's history. Kane headlines a lengthy injury list also including Erik Lamela and Harry Winks for Tuesday's semi-final, first leg at home to Ajax, while Son is suspended. But having upset the odds to end Manchester City's quest for a quadruple of trophies in the quarter-finals, manager Pochettino insisted Spurs' strength as a collective can overcome Ajax's talented group of rising stars.

"To be in a Champions League semi-final is something I dreamed about. You need to settle your dreams, to infinity and beyond," Pochettino said at his pre-match press conference on Monday ahead of Tottenham's first European Cup semi-final since 1962.

"The chance to play a semi-final for Tottenham has not happened often. We are in a circumstance that is not going to change and we must be ready

"It is impossible to be tired, impossible to not be excited to play. I am sure there is no doubt we will have the energy for 90 minutes."

However, while Pochettino's stretched squad were slipping to a sixth defeat in their last 10 Premier League games to West Ham on Saturday, Ajax have had a full week to rest as the entire Dutch league calendar for the weekend was postponed to allow them extra time to prepare.

"The team is good. We are very fit, very eager and very fresh. We can certainly perform at our best," said Ajax boss Erik ten Hag.

Without Kane, who is not expected to return this season unless Spurs make it to the Champions League final on June 1, Tottenham's goals have dried up since a thrilling 4-3 defeat in the second leg of their quarter-final at City was enough to progress on away goals.

Christian Eriksen's late strike to secure a 1-0 victory over Brighton on Tuesday was Spurs' only goal in their past three games.

Son's absence means Pochettino is robbed of another goal threat, with Lucas Moura and Fernando Llorente his only striking options.

However, the Argentine said Spurs' teamwork can compensate for that lack of firepower.

"I think the point is that we arrive where we are now because we were a team and we are going to be a team," he said.

"I don't care who is going to score. Always it's an issue to not have all the players fit, but in front of any name was the team, the collective."

Four-time European champions Ajax have far more European pedigree than Spurs, but their run to the last four for the first time since 1997 is arguably an even bigger surprise given the financial gulf between the Eredivisie and the Premier League.

But with his youthful side already being broken up with Frenkie de Jong headed to Barcelona next season and captain Matthijs de Ligt attracting interest from Europe's top leagues, Ten Hag is keen to make the most of this side's only shot to win the competition.

"We have achieved something, but we want to do more. We don't want to rest on our laurels."

Manchester City Harry Kane Football
Get the latest Cricket news, check out the India cricket schedule, Cricket live score . Like us on Facebook or follow us on Twitter for more sports updates. You can also download the NDTV Cricket app for Android or iOS.