Harry Kane hopes to recover from his ankle ligament injury in time to feature in the Champions League final if his side make it to the showpiece event. 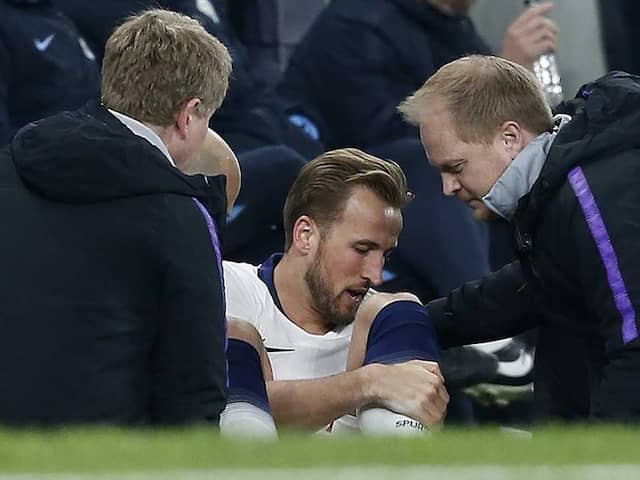 Tottenham Hotspur striker Harry Kane hopes to recover from his ankle ligament injury in time to feature in the Champions League final if his side make it to the Madrid showpiece. Harry Kane is currently rehabilitating after suffering "significant" ankle ligament damage during Tottenham Hotspur's quarter-final first-leg win over Manchester City earlier his month. The England captain is not expected to feature again in the Premier League this term, or in either leg of Tottenham's semi-final against Ajax. But if Mauricio Pochettino's team can advance past Ajax, then Harry Kane has not given up hope of being fit for the final at Atletico Madrid on June 1.

Harry Kane also returned ahead of schedule from another ankle injury earlier this season.

And, asked whether he would be fit for the Champions League final should Tottenham Hotspur make it, Mauricio Pochettino replied: "I hope, yes. I think he's doing well but you know, today, I cannot guess.

"He can be available before or after. That is going to depend on his rehab.

"Now he is in a very good period that is going forward quick but always the last moment is the most difficult situation - to take the decision to play or not.

"You cannot guess today. If you said to me today, my gut is maybe he can be available, because I know Harry Kane, the determination to work and to be focused and recover as soon as possible but I am not a doctor. This is only my gut."

Ajax Harry Kane Football
Get the latest Cricket news, check out the India cricket schedule, Cricket live score . Like us on Facebook or follow us on Twitter for more sports updates. You can also download the NDTV Cricket app for Android or iOS.