Serie A: Cristiano Ronaldo Returns With Double As Sub In Juventus Win

Cristiano Ronaldo came off the bench to score a brace on his return from coronavirus as Juventus got back to winning ways with a 4-1 victory in Serie A against promoted Spezia on Sunday. 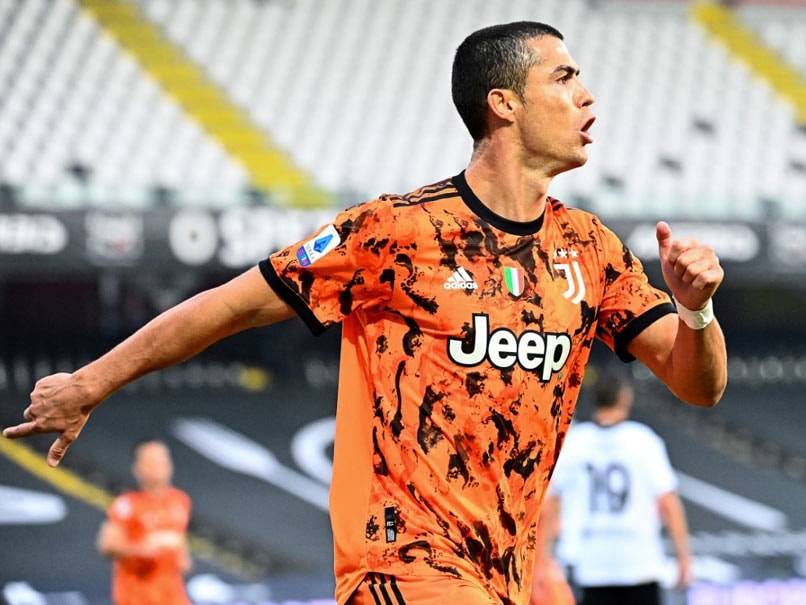 Cristiano Ronaldocame off the bench to score a brace on his return from coronavirus as Juventus got back to winning ways with a 4-1 victory in Serie A against promoted Spezia on Sunday. Ronaldo replaced Paulo Dybala in the 56th minute in Cesena with the match level after Tommaso Pobega had cancelled out Alvaro Morato's opener for Juventus. But the Portuguese striker put Juve in front just three minutes later. Adrien Rabiot grabbed a third on 68 minutes, with Ronaldo scoring a second from the penalty spot with 15 minutes to go for his fifth goal in three league games this season. The champions ended a run of three consecutive draws to move second in Serie A, four points behind leaders AC Milan.

The nine-time defending champions had won their opener against Sampdoria in September, their only victory on the pitch in Serie A this season, before three draws.

Between those matches they were awarded a 3-0 victory after Napoli refused to travel to Turin on October 4 because of coronavirus cases.

Ronaldo missed four games for Juventus including the midweek 2-0 Champions League defeat against Barcelona in Turin.

AC Milan extended their unbeaten streak as Zlatan Ibrahimovic scored an acrobatic late winner to seal a 2-1 win over Udinese.

The 39-year-old has scored seven goals in four league games having missed the other two after contracting Covid-19.

"Mine was a good goal but the victory of the team counts more," said Ibrahimovic.

"It was a difficult match, we showed that in difficult moments the team works well together.

"We are among the youngest teams in Europe, I take the blame for raising the average age, but they all make me feel younger."

The Swedish star set up Franck Kessie for the opener after 18 minutes before Rodrigo de Paul pulled Udinese level three minutes after the break from the penalty spot, beating Milan goalkeeper Gianluigi Donnarumma on his return from coronavirus.

AC Milan extended their unbeaten run to 24 consecutive matches since competition return in June after the coronavirus lockdown.

Udinese are in the relegation zone after their fifth defeat this season.

Cristiano Ronaldo Paulo Dybala Football
Get the latest updates on IPL Auction 2023 and check out  IPL 2023 and Live Cricket Score. Like us on Facebook or follow us on Twitter for more sports updates. You can also download the NDTV Cricket app for Android or iOS.