Bayern Munich host PSG in the last-eight first leg on April 7, before visiting the Parc des Princes for the return game on April 13. 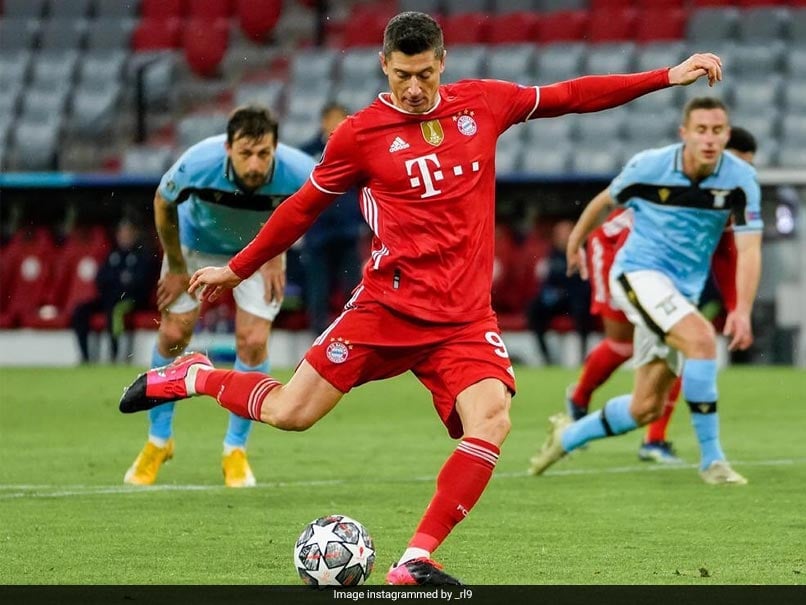 Robert Lewandowski will miss both legs of holders Bayern Munich's Champions League quarter-final against Paris Saint-Germain after being ruled out for nearly a month with a knee injury, the Bundesliga giants said Tuesday. "The striker will be out for around four weeks", Bayern said in a statement, confirming Lewandowski injured ligaments in his right knee after scoring twice in Poland's 3-0 win over Andorra on Sunday in World Cup qualifying.

Lewandowski is also out of Poland's qualifier against England at Wembley on Wednesday.

Bayern host PSG in the last-eight first leg on April 7, before visiting the Parc des Princes for the return game on April 13.

The Poland international has netted 35 goals in 25 league games this season to leave him close to Gerd Mueller's record of 40 in a single Bundesligaseason.

Even in Lewandowski's absence, RB Leipzig insisted they will not take Bayern lightly.

"Bayern will have a strong team on the pitch -- even without Lewandowski," Leipzig sports director Markus Kroesche told daily Bild before Lewandowski's diagnosis.

"Basically, you don't wish an injury on anyone, but it is already the case that we are concentrating on our own performance."

Lewandowski, voted FIFA's best male player of 2020, has scored a total of 42 goals in 36 games this season for Bayern.