The controversy stems from the description of Kosovo as a "territory" by the Spanish Football Federation (RFEF) when it published Spain's opening World Cup qualifying fixtures. 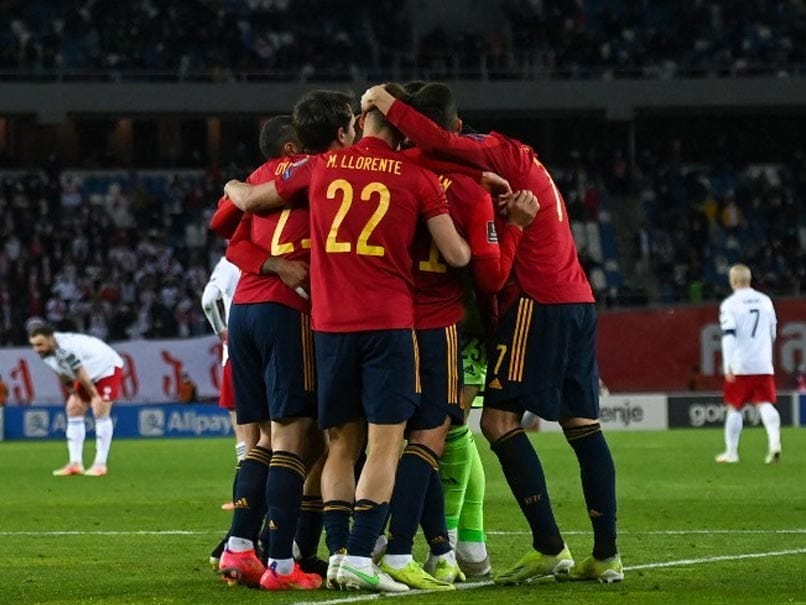 Spain will take on Kosovo in their next World Cup qualifying match.© AFP

Spain's 2022 World Cup qualifier against Kosovo on Wednesday is more than a simple game of football, with the meeting in Seville also at the centre of a diplomatic row. The controversy stems from the description of Kosovo as a "territory" by the Spanish Football Federation (RFEF) when it published Spain's opening World Cup qualifying fixtures in a group also containing Sweden, Greece and Georgia. The description was not appreciated in Kosovo, the former Serbian province of 1.8 million people which declared its independence in 2008.

In response, the Football Federation of Kosovo (FFK), said in a statement that "Kosovo is an independent state" and threatened not to play the match if it was not allowed to use its national anthem and flag.

"We were prepared not to go to Spain due to the political context of this decision," FFK secretary general Eroll Salihu told AFP.

Kosovo were granted full membership of UEFA and FIFA in 2016 and first appeared in competitive action in qualifying for the 2018 World Cup.

Most western powers recognise Kosovo's statehood but Serbia and its leading international allies China and Russia do not.

Nor does Spain, or Greece, another of their opponents on the field in the campaign to qualify for Qatar 2022.

Spain and Greece, along with Slovakia, Romania and Cyprus, are the five member states of the European Union who were last week urged to recognise Kosovo by the European Parliament.

"Kosovo's independence is irreversible. Recognition by these remaining EU member states... would be beneficial to the normalisation of relations between Kosovo and Serbia, would enhance and consolidate the stability of the region," members of the European Parliament said.

Nevertheless Madrid has already stated the staging of Wednesday's game at Seville's La Cartuja stadium will not persuade it to change its position.

"The staging of the match between the teams from these two federations does not under any circumstances change Spain's position not to acknowledge Kosovo as a state," Spanish diplomatic sources told AFP.

The Spanish government's position is explained by fears of a knock-on effect recognition of Kosovo could have for separatists in Catalonia.

"Spain, which still has problems when it comes to national unity, wants to avoid being threatened by a process of 'Balkanisation'," the historian Jose Alvarez Junco explained to online daily El Confidencial.

Spain's position regarding Kosovo has created tension in the sporting theatre before.

In 2019 it decided against hosting matches in the elite round of qualifying for the European Under-17 Championship against Greece, Kosovo and Ukraine.

The games were eventually played in Nyon, Switzerland, where UEFA has its headquarters.

Meanwhile Spain are kept apart in World Cup and European Championship qualifiers from Gibraltar, the tiny British territory on Spain's southern tip which is historically claimed by Madrid.

On Wednesday Spain will "adjust to the rules put in place by FIFA and UEFA for these matches", diplomatic sources and sources from the Spanish Federation told AFP.

"We have received guarantees from UEFA and FIFA that the protocol (covering international matches) will be respected," said Salihu, meaning Kosovo will be able to play its anthem and fly its flag at La Cartuja.

That should avoid any controversy come the game itself, as Kosovo -- ranked 117th in the world by FIFA -- look to cause a major shock against the 2010 world champions.

"Spain are one of the best teams in the world but we have a young team that fears nobody," added Salihu.

Spain Football
Get the latest updates on ICC T20 Worldcup 2022 and CWG 2022 check out the Schedule, Live Score and Medals Tally. Like us on Facebook or follow us on Twitter for more sports updates. You can also download the NDTV Cricket app for Android or iOS.