The club's chairman said the accident occurred after both the drivers on the bus fell asleep. 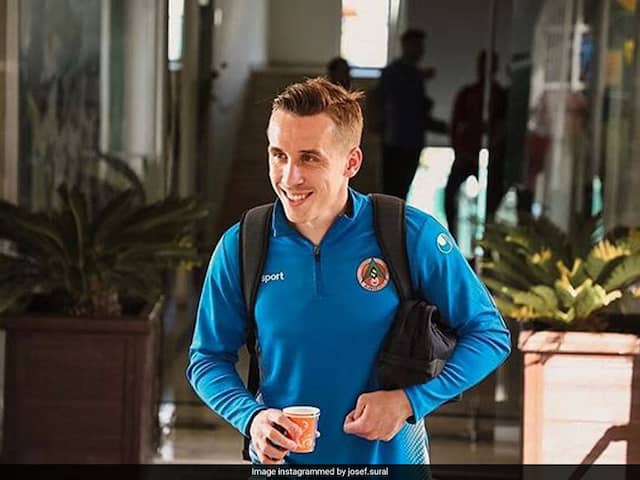 Czech international Josef Sural has died of injuries sustained in a minibus crash while returning with teammates from a match in southern Turkey, his Turkish club Aytemiz Alanyaspor said on Monday. The club's chairman said the accident occurred after both the drivers on the bus fell asleep. "Czech player Josef Sural who was seriously injured after an accident involving a private minibus carrying seven of our footballers after an away game at Kayseri could not be saved despite all of the hospital's efforts," the club said on Twitter.

The six other players were injured but not seriously in the crash, close to the southern town of Alanya, state news agency Anadolu said.

Among them was Stephen Caulker, a former Tottenham Hotspur defender who was capped for England in 2012 and Senegal international and former Newcastle United player Papisse Cisse, local media reported.

"Sad news this morning. Sincere condolences to the family and to all loved ones. R.I.P," Arsenal goalkeeper and fellow Czech international Petr Cech wrote on Twitter in Czech.

One of the drivers has been taken into custody and Turkish authorities launched an investigation into the accident, Anadolu reported.

Sural, an attacking midfielder who was 28, had also played for Czech sides FC Brno, Slovan Liberec and Sparta Prague. He was capped 20 times for his country and was a key player in their Euro 2016 campaign.

Alanyaspor, currently fifth in the Turkish Super Lig, drew 1-1 with Kayserispor on Sunday.

Czech Republic Josef Sural Football
Get the latest Cricket news, check out the India cricket schedule, Cricket live score . Like us on Facebook or follow us on Twitter for more sports updates. You can also download the NDTV Cricket app for Android or iOS.
Advertisement