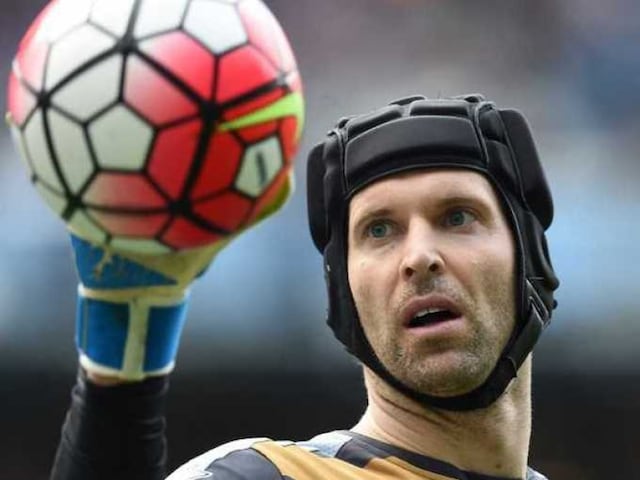 Petr Cech is Czech Republic's most capped player with 121 appearances, having made his debut in 2002.© AFP

Veteran goal-keeper Petr Cech has announced his retirement from international football after a record 124 games for the Czech Republic over an eventful 14-year career.

"I would hate to end up in a situation when I would start feeling tired midway through a qualifying campaign," the 34-year-old told reporters in Prague on Friday.

"The decision is final."

"I feel there will be a moment when I will need more time to rest," said the former Chelsea and current Arsenal stopper.

Cech played all three games for the Czech Republic at Euro 2016, where his team lost to Spain and Turkey and drew with Croatia, bowing out after the group phase with a single point.

"I'm sorry we failed to fulfil the potential of the team, we obviously could have done better," said Cech.

His move from Chelsea to Arsenal last year made the headlines, and so did his season.

He beat Karel Poborsky's record of 118 games for the Czech Republic and then passed David James as the man with the most clean sheets in the Premier League, stopping for now at 178, with James making 169.

Born on May 20, 1982, Cech played for Czech top-flight sides Blsany and Sparta Prague before moving to Rennes in France in 2002.

He then joined Chelsea in 2004, after a European Championship at which the Czechs got to the semi-finals, beating Germany and the Netherlands en route.

After 11 years with the Blues, Cech made a £10 million (.4 million) move across London to join the Gunners as he only managed seven games in the 2014/2015 season, shaded by manager Jose Mourinho's first-choice keeper Thibaut Courtois.

Comments
Topics mentioned in this article
Czech Republic Petr Cech Football
Get the latest Cricket news, check out the India cricket schedule, Cricket live score . Like us on Facebook or follow us on Twitter for more sports updates. You can also download the NDTV Cricket app for Android or iOS.