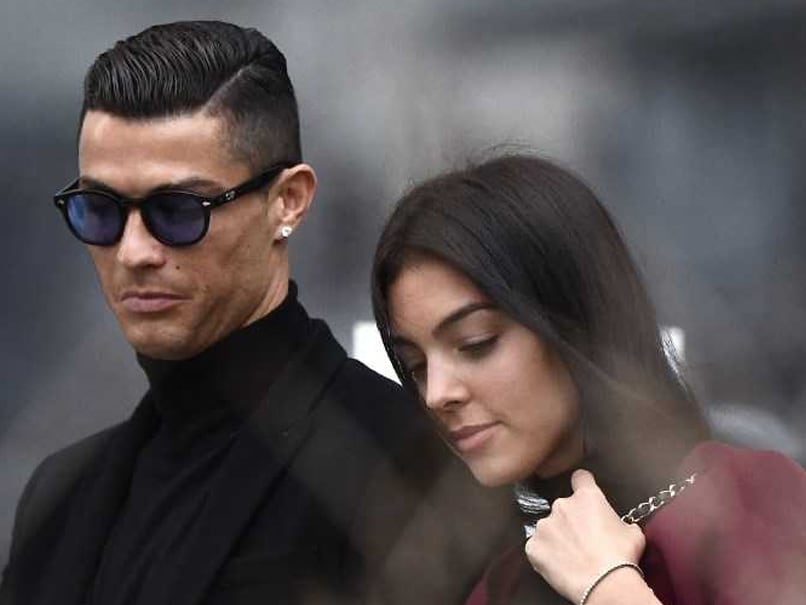 Georgina Rodriguez cried tears of joy in the stands of the Allianz Stadium.© AFP

Cristiano Ronaldo scored a spectacular hat-trick to fire Juventus into the Champions League quarter-finals with a 3-0 win over Atletico Madrid on Tuesday that saw his side claim a thrilling tie 3-2 on aggregate. Cristiano Ronaldo's longtime girlfriend Georgina Rodriguez was left in tears after the Portuguese forward completed his hat-trick. She then took to Instagram and posted a photo of Ronaldo as a boy with a heartfelt caption. "This 3-0 nobody steals it. You deserve it, not for the 3 goals tonight. You deserve it for your dedication, for what you get in the club where you are. You are a trailer for your teammates, coach and everyone we admire and support every day. Karma exists. God knows, God gives it to you, because the world of soccer is yours. WE LOVE YOU. Cristianito, Mateo, Eva, Alana, Georgina," the caption read.

Georgina Rodriguez cried in audience Glad to be a family together! Appreciate the miracle made by Ronaldo with Juve spirit!! #FinoAllaFineForzaJuventus pic.twitter.com/LWA5JjVtF2

Ronaldo fired home from the spot, to go with two headers either side of half-time, as Juventus marched on to the Champions League quarter-finals in thrilling circumstances.

The 33-year-old superstar scored two headers either side of half-time and a late penalty to clinch a place in Friday's last-eight draw with a dominant display by the Italian champions in Turin.

"It was always going to be a special night and it was, not only for the goals, but for the team," said Ronaldo.

"This is the mentality of champions. This is why Juve brought me in, to help on magical nights like this."

Let's take a moment to watch this hattrick of Cristiano Ronaldo in do or die match ??

No one, I repeat no one can do it better when it comes to knockout stages.

Ronaldo has scored eight Champions League hat-tricks, the joint-most in the competition alongside Messi.