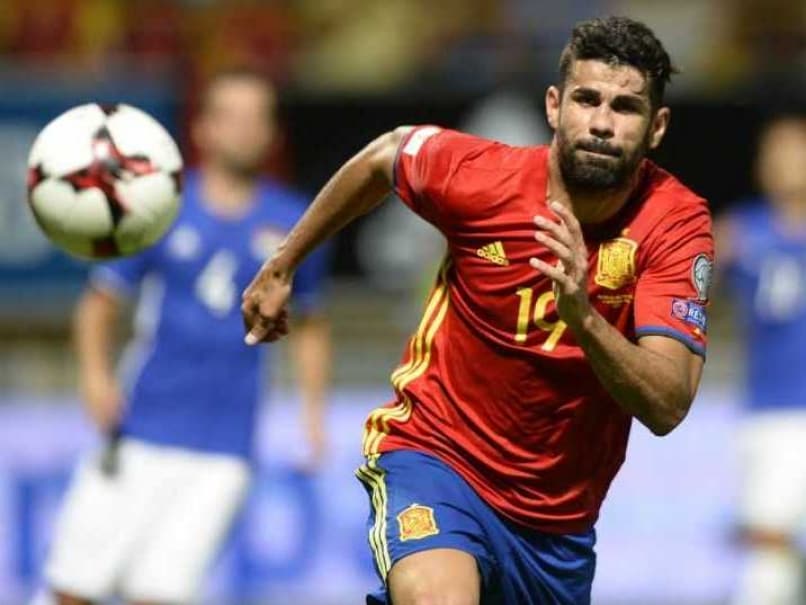 Diego Costa, who was left out of the Spain squad for Euro 2016, scored a brace vs Liechtenstein.© AFP

Lopetegui enjoyed a perfect competitive debut as Diego Costa, David Silva and Alvaro Morata all hit doubles in an 8-0 drubbing of Liechtenstein in Leon.

Over in Cardiff, Real Madrid forward Bale teed up Sam Vokes for a 38th-minute opener and then scored his 23rd and 24th international goals either side of an effort by Joe Allen, who registered his first in a 4-0 crushing of Moldova.

Elsewhere Daryl Murphy's first ever international goal secured the Republic of Ireland a 2-2 draw against Serbia in Belgrade, and 10-man Italy beat Israel 3-1 in Haifa.

But arguably the performance of the night was in Turku where Valon Berisha made history, scoring Kosovo's first goal on their competitive debut as they came from behind to draw 1-1 away to Finland.

The goal gave Kosovo a precious point in qualifying Group I after Paulus Arajuuri had put Finland in front from close range in the 18th minute.

Kosovo were accepted into FIFA in May, and this was a remarkable result given that world football's governing body only gave their approval for a host of players to represent the Balkan outfit earlier on Monday.

Among those given the green light at the last minute were goalkeeper and captain Samir Ujkani, previously capped by Albania, Albert Bunjaku, who featured for Switzerland at the 2010 World Cup, and goal-scorer Berisha, who was playing for Norway as recently as June.

With several thousand Kosovans living in the Turku region, there was a sizeable support for the away side in their first ever competitive outing.

Kosovo declared independence from Serbia in 2008. About 100 countries recognise it as a state now, but major countries like 2018 World Cup hosts Russia do not.

Their World Cup bow comes after their Olympic debut at the Rio Games last month, with Kosovo being accepted by the International Olympic Committee in 2014.

Spain's comprehensive win put them atop Group G ahead of Italy on goal difference.

"We reaped our rewards in the second-half for what we did right in the first-half," said Lopetegui.

"I am happy. They are the first three points and it was important to start well."

Spain and Italy meet in their next qualifier in Turin on October 6. 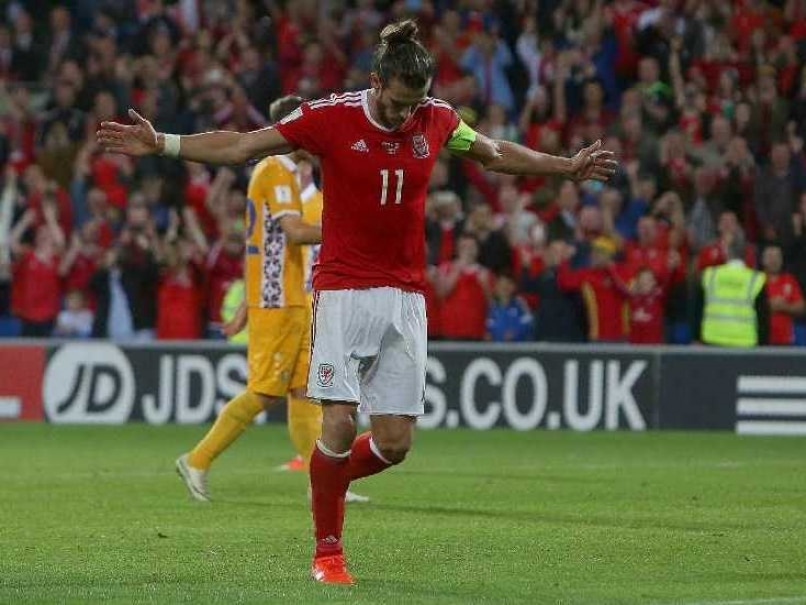 Chris Coleman's Wales, who lost to eventual champions Portugal at Euro 2016, are seeking to qualify for their first World Cup since 1958.

"We had to get off to a good start in the first game," said Wales manager Coleman.

"It was going to be tough and we had to be patient and disciplined, and we were.

"We had a good level of professionalism and the supporters were great. The players got the ball and could have scored more."

Like Coleman, Ireland's manager Martin O'Neill was satisfied with his team's first steps to Russia.

"I think we fought back magnificently," said the 64-year-old Northern Irishman after Jeff Hendricks had put his side into a three minute lead, with Filip Kostic and a penalty from Southampton's Dusan Tadic putting Serbia in front before Murphy's equaliser.

"It is a good result and we would have taken a point before the game."

In Israel, new Italian manager Giampiero Ventura reflected on his debut win with goals from Graziano Pelle, Antonio Candreva from the penalty spot, and Ciro Immobile, after veteran defender Girgio Chiellini was sent off in the 55th minute for his second yellow card.

He said: "I won't say our performance was perfect, as we conceded that goal similar to the one we let in against France (in last week's friendly)."

The 68-year-old manager added: "We worked as a team, suffered as a team and won as a team."

Comments
Topics mentioned in this article
Spain Wales Diego Costa David Silva Alvaro Morata Gareth Bale Joe Allen Football
Get the latest updates on IPL 2020, check out the IPL Schedule for 2020 and Indian Premier League (IPL) Cricket live score . Like us on Facebook or follow us on Twitter for more sports updates. You can also download the NDTV Cricket app for Android or iOS.