2012 Champions League: The year of the underdogs 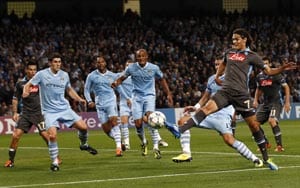 The start of the season had me thinking how impossible it was for smaller clubs to make their presence felt in Europe's top competition - the UEFA Champions League - in the current scenario.

The start of the season had me thinking how impossible it was for smaller clubs to make their presence felt in Europe's top competition - the UEFA Champions League - in the current scenario. Money had completely taken over the sport. The clubs with the cash would always be competitive and one of them would emerge as the last side standing while the others would just make up the numbers. Gone were the days when a team like Porto (2004) or Borussia Dortmund (1997) could spring a surprise or even challenge for the title it seemed. It made me yearn to witness those times when an underdog winner was possible.

But today here I am, having watched Manchester United crash out to FC Basel, who were the first and only Swiss club to have ever qualified directly for the Champions League group-stage; Manchester City losing out to Napoli who almost also accounted for Chelsea; Apoel Nicosia becoming the first Cypriot team to reach UCL quarters after getting the better of French heavyweights Olympique Lyon and Marseille sending out 2010 champions Inter Milan.

Ironically, the only English club to progress to the last eight - Chelsea - is the team that is battling big problems in EPL. They have lost plenty of games and also their manager Andre Villas-Boas. The dismal year in the Champions League for English football has come barely two years after experts and fans were discussing the dominance of English soccer following the presence of three England clubs in the tournament's semifinals in the 2008-09 season. And, there is no denying that English teams this year clearly have not been upto the mark they have set for themselves in the last couple of years. This edition should serve as a good lesson for them.

The 2011-12 Champions League has been one hell of a topsy-turvy tournament. And while we can all lament the ouster of our favourite teams we should also celebrate the breakaway of the competition from its usual script. Leagues are rarely this unpredictable (although this year's EPL has seen its share of unexpected results). One of the beautiful aspects of the Champions League is the knockout format, (which happens after the group stage) which enhances the possibility of an unexpected winner. It allows you to not be the best but still progress on the back of a good day while one bad day spells the end for the best of the teams.

And, while I will still not be able to hold myself from rooting for Chelsea and Barcelona, I would really not mind - no actually I would love to see this time a champion that was never in contention, and that wouldn't be considered a serious contender even next year even if it grabs the title at Munich's Allianz Arena on May 19.

PS: Although don't know why I get the feeling that it is going to be the year of Real Madrid, that is of course if they successfully avoid meeting Barcelona at all in the competition.