Umpires Have the Final Say in England vs India Series

The  Decision Review System will not be in operation throughout the five-Test series between England and India, which starts at Nottingham's Trent Bridge on Wednesday. 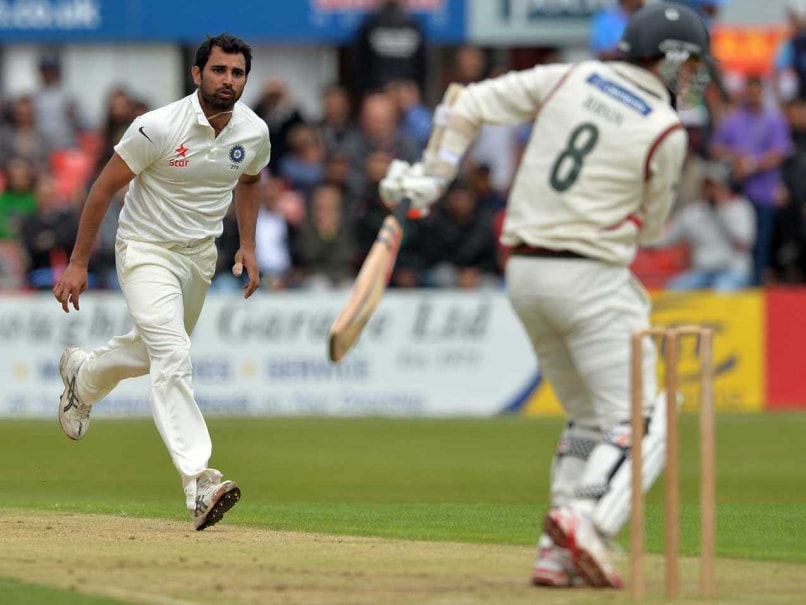 Something rather strange, by modern standards, will happen when either Australia's Bruce Oxenford or Sri Lanka's Kumar Dharmasena raises his finger in the first Test between England and India. (India in England: Full Coverage)

For any batsman seeing the time-honoured signal confirming his dismissal will be unable to challenge the decision, just as the fielding side will have no way of overturning a call of "not out". (India Keen to Keep Cook on the Defensive)

That is because the controversial Decision Review System will not be in operation throughout the five-Test series, which starts at Nottingham's Trent Bridge on Wednesday. (Want to do Well in England: Kohli)

While standardised playing conditions apply during an International Cricket Council tournament such as the one-day World Cup, for "bilateral series" they are a matter of agreement between the two teams. (Broad Ready for India)

And with India responsible for some two-thirds of world cricket's global income, on account of the mass enthusiasm for the sport in the world's second-most populous nation, there was never any danger of their wishes being ignored on this tour. (India Aim to Rise in Test Rankings)

That is especially true now since this is the first series between two of cricket's 'big three nations' of India, England and Australia following their effective takeover of the ICC.

While DRS exists to eliminate 'howlers' by on-field officials, it was responsible for arguably the most contentious decision in an Anglo-Indian match of recent times.

During a 2011 World Cup clash in Bangalore, England's Ian Bell was given not out by Billy Bowden after India spinner Yuvraj Singh appealed for lbw.

But Yuvraj was certain Bell was out and persuaded India captain Mahendra Singh Dhoni to request a review.

Replays on the giant screen at the ground indicated the ball had struck Bell in line and was going on to hit the stumps.

Bell started to walk off but was sent back after it emerged he'd been hit on the pad more than 2.5 metres down the pitch, a distance from which Hawkeye tracking technology is said to be unreliable.

As a result, the decision reverted to Bowden and the New Zealander upheld his original not out verdict.

The match ended in a thrilling tie, with Dhoni voicing his displeasure afterwards at Bell's reprieve.

However, former India spinner Ravi Shastri, a member of the ICC's cricket committee, insisted last week: "It's just a myth that the BCCI (Board of Control for Cricket in India) and India are opposed to DRS.

"They want technology to be consistent."

Shastri added the third umpire, not the players, should be the person to decide when to use DRS.

"I want it taken away from the players. Let the third umpire do it -- give him the technology that works," said Shastri, the BCCI's leading television commentator.

At present, teams are restricted to a maximum of two unsuccessful reviews every 80 overs of a Test innings.

But Shastri added: "Why have only two reviews? It shouldn't be a case of a you having no reviews left and the Test match ending with an even bigger howler."

England seamer Stuart Broad, whose Test hat-trick against India at Trent Bridge in 2011 might not have come to pass if DRS as presently constituted had been in operation then, was intrigued as to how its absence would affect the upcoming series.

"It will add a little bit of pressure to the umpires," he said. "They'll have to really take their time to get decisions right."

Comments
Topics mentioned in this article
Eng vs Ind, 2014 India Cricket Team England Cricket Team Cricket
Get the latest updates on ICC Women's Cricket World Cup 2022 and IPL 2022, check out the Schedule , Live Score and IPL Points Table. Like us on Facebook or follow us on Twitter for more sports updates. You can also download the NDTV Cricket app for Android or iOS.