Prior to the first Test match against India, both exiled Test batsman Kevin Pietersen and England new-ball bowler Stuart Broad, who took an extremely economical one for 26 in 19 overs on his Nottinghamshire home ground on Wednesday, had voiced concerns about the deadening effect of modern drainage systems on English pitches. 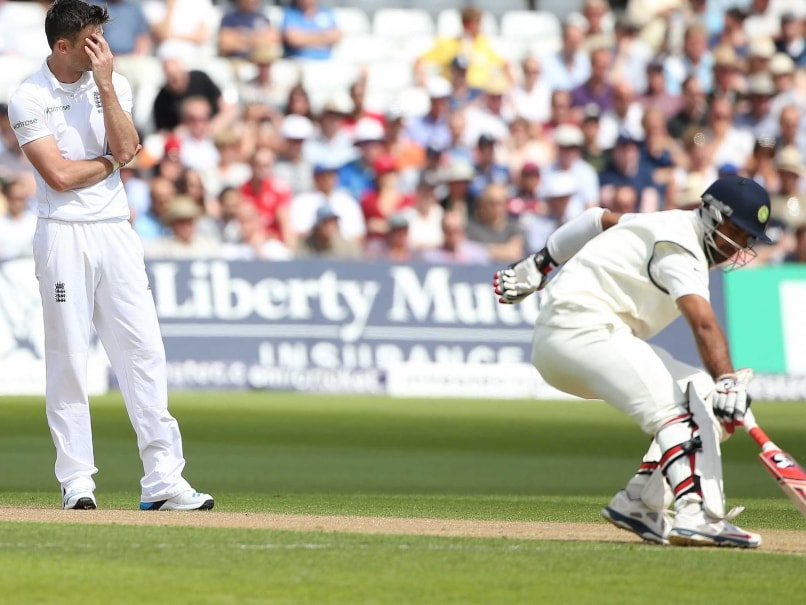 The Trent Bridge would not have been out of place in India.© AP
Nottingham, United Kingdom:

Nottinghamshire head groundsman Steve Birks said things hadn't gone to plan after appearing to produce a pitch ideally suited for India, rather than England, in the first Test at Trent Bridge on Wednesday.

India, after winning the toss, were 259 for four at stumps on the first dayof this five-match series, with opener Murali Vijay 122 not out and skipper Mahendra Singh Dhoni 50 not out. (Day 1 Highlights)

Prior to the match both exiled Test batsman Kevin Pietersen and England new-ball bowler Stuart Broad, who took an extremely economical one for 26 in 19 overs on his Nottinghamshire home ground on Wednesday, had voiced concerns about the deadening effect of modern drainage systems on English pitches.

Certainly there was little in the way of pace and bounce for England's four seamers, with two possible chances dropping short of the slip cordon.

On a sunny day, Dhoni won the toss and batted on a surface that wouldn't have been out of place in India.

"We wanted to produce a pitch with pace, bounce and carry which hasn't happened unfortunately," Birks said.

"There's quite a lot of moisture underneath but it's a hard surface on top which is why it's lacking pace.

"The moisture readings taken earlier in the week were quite high and we haven't seen enough of the sun to really bake it out."

He added: "Our only instruction is to produce a good cricket wicket and, with hindsight, we may have left a bit more grass on it but this is the first day of a five-day Test and, while I don't expect spin to come into it, we hope it might quicken up a bit."

"They are horrendous. They give little to the seamers and when it spins, it does so slowly, negating the threat of the turning ball.

"The drainage was addressed with the best of intentions; to give the public as much cricket as possible by reducing the amount of overs lost to rain.

"But in terms of the quality of cricket the public are seeing, it is not good enough."

Pietersen's comments were echoed by Broad.

"I know our players three or four years ago brought the theory up that they were making the wickets too dry too early, and it is quite hard to keep bounce in the wickets now -- unless you leave them really green, which Test match wickets just don't do," he told reporters. (Vijay Ton Buoys Aggressive India in First Test)

"I think Test wickets should be flat -- no doubt, because the crowds want to come and see runs scored.

"But if you catch the edge of a batsman, it's got to carry to the wicketkeeper and the slips -- that's the number one rule."

Comments
Topics mentioned in this article
India Cricket Team England Cricket Team Eng vs Ind, 2014 Murali Vijay MS Dhoni Cricket
Get the latest updates on ICC Women's Cricket World Cup 2022 and IPL 2022, check out the Schedule , Live Score and IPL Points Table. Like us on Facebook or follow us on Twitter for more sports updates. You can also download the NDTV Cricket app for Android or iOS.