Suresh Raina made his presence felt with a match-winning 75-ball 100 in the second ODI in Cardiff and went on to accumulate 160 runs in four matches at an average of 53.33 in a series that India won 3-1. 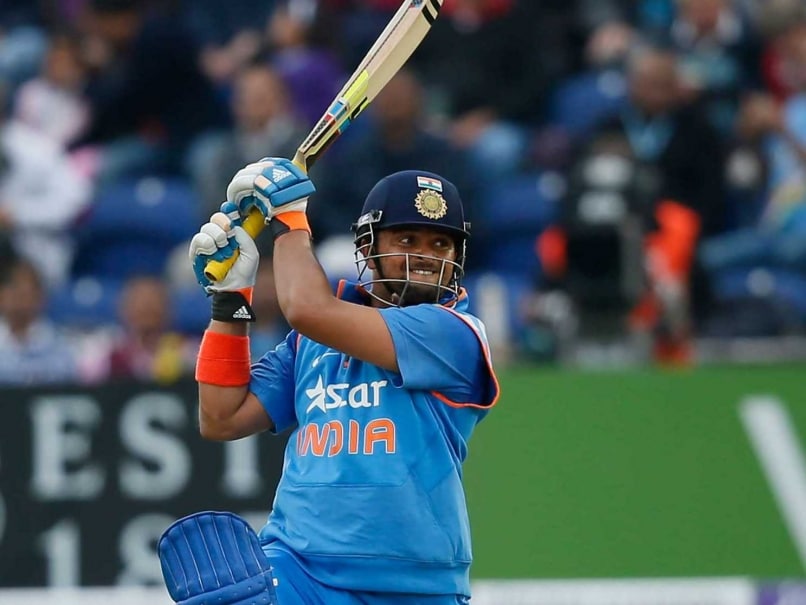 Suresh Raina plays through the offside during ODI series vs England.© AP

Left-hand batsman Raina made his presence felt with a match-winning 75-ball 100 in the second ODI in Cardiff and went on to accumulate 160 runs in four matches at an average of 53.33 in a series that India won 3-1.

Opener Shikhar Dhawan closed the gap with captain Mahendra Singh Dhoni (sixth) as the left-hander jumped three places to be placed at seventh position. With an unbeaten 97 in the fourth ODI that India won by 9 wickets, Dhawan registered 155 runs in four innings.

But the biggest gainer of the series was Ajinkya Rahane, who leapfrogged 32-spots to be placed in 68th position. The top-order batsman cracked a 100-ball 106 in Brimingham to become the highest run-getter in the series with 192 runs to his credit. For England, Joe Root once again stood out after being the second-highest run-getter with 163 runs courtesy a ton.

The 22-year-old, who also played in the ICC U-19 World Cup in New Zealand in 2010, was been rewarded with a jump of 13 places that has put him in 29th spot, his highest-ranking to date. South Africa's AB de Villiers is perched at the top followed by countryman Hashim Amla.

Amongst the bowlers, Mohammad Shami has shown the most improvement by climbing eight places to 21st. Shami ended the series as the most successful bowler with eight for 152. Left-arm spinner Ravindra Jadeja remains the highest-ranked Indian bowler, retaining his fifth spot.

In the all-rounders list, Jadeja displaced Bangladesh's Shakib Al Hasan to claim the third spot in the list led by Pakistan's Mohammad Hafeez. The Men in Blue are the top ODI team followed by South Africa, Sri Lanka, Australia and England.

Comments
Topics mentioned in this article
Suresh Raina Eng vs Ind, 2014 Cricket
Get the latest updates on IND vs NZ 2021, check out the Schedule and Live Score . Like us on Facebook or follow us on Twitter for more sports updates. You can also download the NDTV Cricket app for Android or iOS.