Team India director Ravi Shastri heaped praise on Duncan Fletcher and said that the coach has a  solid character. 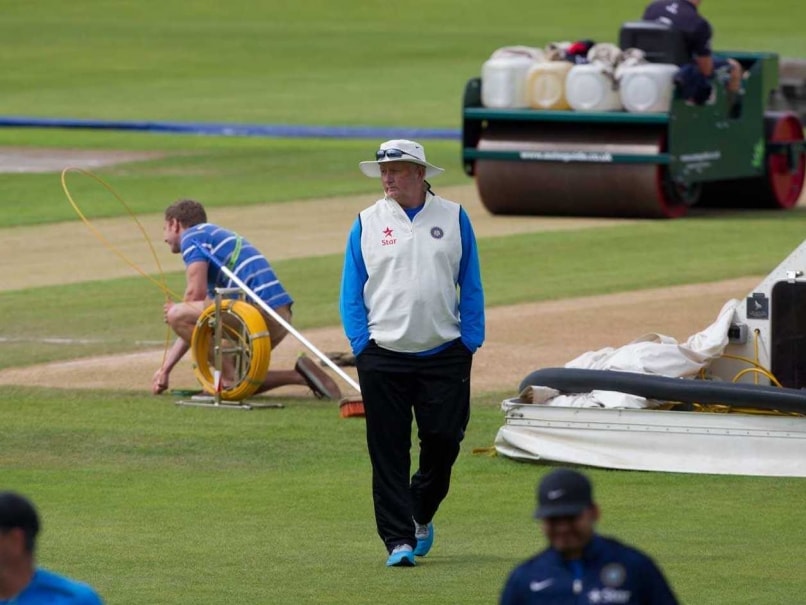 His report will decide Duncan Fletcher's future as India's cricket coach and Ravi Shastri, who served as Team Director during the just-concluded limited overs series against England, has put his weight behind the under-fire Zimbabwean by calling him a "solid character".

Speaking to 'ESPNCricinfo', Shastri lavished praise on Fletcher, who is under the scanner after a mixed tour of England during which the Indians were thrashed in the Test series before bouncing back to win the ODIs.

"He is tremendous. He would have done over a 100 Tests as coach, which is massive. He is technically very sound. He is a solid character. He is respected. He is a fatherly figure," Shastri said. (Also read: England booed in England, MS Dhoni silent)

"I knew Fletcher from the 1983 World Cup. Then in 1984 I led an India Under-25 side to Zimbabwe, where he was my counterpart. So I was aware of his leadership qualities already. Also what made Fletcher's job easier was having the trio of Sanjay Bangar, Bharat Arun and R Sridhar as his assistant coaches," he added. (Test rout means despite ODI wins, tour to England not a success: Gavaskar to NDTV)

"Fletcher is the coach. He looks after the handling of various things including little, little stuff. My experience comes into play from the outside - of having been there, done that. The fact that I watch so much is a massive help. And my personality is such if I feel like saying something I don't hold back. I don't care who it is."

Speaking about his own stint with the team, Shastri said he is glad to have made a positive difference after the 1-3 loss in the Test series.

"I got more than I would have expected. I say that only because of England's record at home, not many sides have thrashed them 3-0 in a four-ODI series. It is a big achievement: from what they were mentally after the Test series defeat, and then to respond in that fashion made me feel proud," he said.

"I had to make it (the dressing room) a place where the boys wanted to enjoy themselves. I was very clear when I said I am doing this job because I believe in them. And that was enough. As I got talking to them one on one, things started falling in place," he added.

Shastri said he had plenty of one-on-one chats with the players during the ODI series, which India won 3-1.

"I was not afraid to speak to a guy individually. Ground, bus, bar, dressing room, while eating - we were talking cricket. Communication is important. The advantage I had was I had watched these boys a lot. I told them I have watched more cricket than I have played. I have learned more about cricket after I stopped playing," he said. .

Shastri especially focussed on star batsman Virat Kohli, who had a somewhat subdued run in both the Tests and ODIs.

"About Virat, you knew it was due (the half-century in the Edgbaston Twenty20). The reason he did not perform earlier was a combination of mental and technical issues. You cannot get out to the same bowler in the same fashion five to six times. So there is an issue.

"He has to accept there is something wrong otherwise you cannot get out. And that had to be addressed, which we did.

There are certain issues Virat understands he needs to work on, which he has been doing. Similar case with Shikhar (Dhawan)," he explained.

On his equation with skipper Mahendra Singh Dhoni, Shastri said, "...both of us know each other well. Our job was to make his life easier after the Test series. Our job was to take the pressure off him. Our job was to communicate more with the players, make them at ease, and give them the confidence."

Shastri agreed with Dhoni's assessment that it turned out to be a decent outing for the team with a lot of positives to take home.

"He is not far from the truth. One of the things I had told the boys was, the reason I am here is you have shown me two things on this tour: first was India's greatest ever Test win, at Lord's during the second Test. I mean it. It was phenomenal. I also told them in the final three Tests you played spineless cricket.

"So for me a good team cannot be a bad team in two weeks.

It cannot. It is a learning curve. Then to beat England in the ODI series the way India did was very good. And don't forget, this is only the second time India have won a bilateral ODI series in England."

Shastri, however, was non-committal on his own future with the team.

"One step at a time...My job was to be with the team for the ODI series. They have won it. I want to let that sink. I will return to India and then think about the future."

Comments
Topics mentioned in this article
Ravi Shastri MS Dhoni Suresh Raina India Cricket Team England Cricket Team Eng vs Ind, 2014 BCCI Cricket
Get the latest updates on IND vs NZ 2021, check out the Schedule and Live Score . Like us on Facebook or follow us on Twitter for more sports updates. You can also download the NDTV Cricket app for Android or iOS.