Mahendra Singh Dhoni has led India against England in England on four occasions prior to the start of the upcoming series. If he leads in all the five Tests, he will establish a new record for leading India in most Tests (nine). 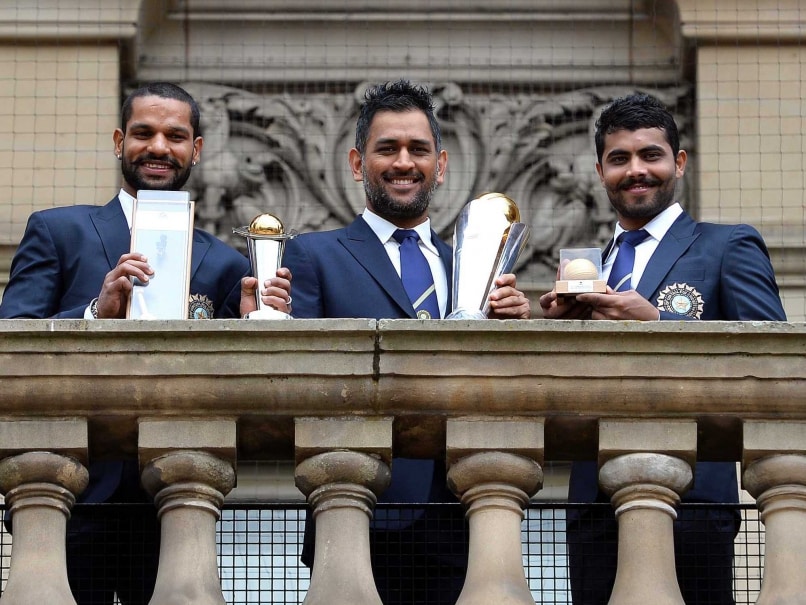 Shikhar Dhawan (L), Mahendra Sing Dhoni (C) and Ravindra Jadeja pose for pictures with the ICC Champions Trophy in Birmingham, central England, on June 24, 2013, a day after beating England in a rain-delayed final at Edgbaston.© AFP

Mahendra Singh Dhoni turned 33 on Monday. With the five-Test series against England starting in two days' time at Nottingham, Dhoni is in the cusp of what could be his biggest challenge overseas as skipper. Dhoni was the captain when India lost 4-0 in England in 2011. With a rather inexperienced team at his disposal this time, Dhoni will hope his birthday will bring him better luck (read: runs and wickets). He is also poised to become the Indian skipper to have led in most numbers of Tests in England. ('There Will be Serious Questions if Dhoni loses the Test series')

Dhoni's place as Test skipper has been hotly debated in recent times. With Virat Kohli shaping up to be a 'complete' batsman, is he the heir apparent? There are two schools of thought. One that feels Kohli is too inexperienced to handle captaincy and there is no one else to replace Dhoni. The other group feels that Dhoni is an automatic choice purely because he still remains a tactically shrewd leader. With the 'big' boys like Sachin Tendulkar, VVS Laxman, Rahul Dravid and Virender Sehwag gone, Dhoni remains the biggest influence on a young side. (India Beat Derbyshire)

There are several other records beckoning Dhoni.

Happy birthday Dhoni bhai. Have a good one :)

Dhoni's batting will be crucial to India's fortunes in the series. Dhoni has not been among runs in recent times and he needs to justify his position as a batsman too. Dhoni has an aggregate of 4459 runs as a keeper-batsman. He needs 41 runs to reach 4500 and thus becoming the fourth wicket-keeper batsman in Test cricket to score 4500-plus runs. Others are - Adam Gilchrist (5570), Mark Boucher (5515) and Alec Stewart (4540).

Dhoni has an aggregate of 493 runs while leading India against England. He needs seven more runs for his 500-run aggregate. If he gets them, he would then become the sixth Indian captain to score 500-plus runs against England. Others are - Sunil Gavaskar (714), Azharuddin (682), Hazare (680), Wadekar (598) and Mansur Ali Khan Pataudi (577). (Bowling Key for India in England: Dravid)

Comments
Topics mentioned in this article
MS Dhoni India Cricket Team England Cricket Team England vs India 2011 Cricket Eng vs Ind, 2014
Get the latest updates on Fifa Worldcup 2022 and check out  Fifa World Cup Schedule, Stats and Live Cricket Score. Like us on Facebook or follow us on Twitter for more sports updates. You can also download the NDTV Cricket app for Android or iOS.