Mahendra Singh Dhoni Says he Backed Himself to Hit the Boundaries

Mahendra Singh Dhoni remained not out on 27 and Rayudu on three as India ended at 177 for five. England had posted 180 for seven in 20 overs. 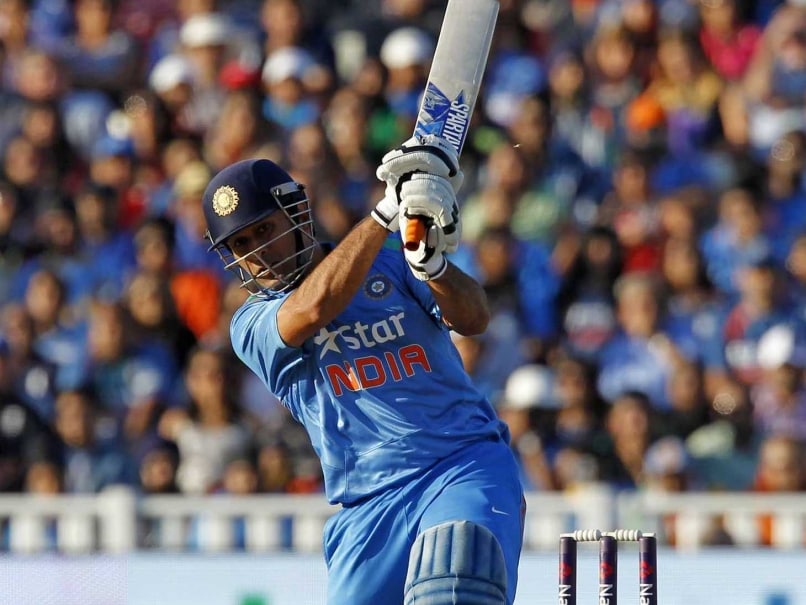 MS Dhoni says he backed himself to go for the big shots in the final over vs England in the T20.© AFP
Birmingham:

India captain Mahendra Singh Dhoni defended his unsuccessful decision of not rotating the strike in the last over against England in the One-off T20 International, saying he "backed himself to go for it". (Match Report | Highlights | Scorecard)

"The last couple of deliveries Rayudu (Ambati) didn't middle so I thought I will back myself to go for it," said Dhoni after the three-run loss which ended India's two-month tour of England. Dhoni twice refused the strike Rayudu in the 20th over of the innings.

Dhoni remained not out on 27 and Rayudu on three as India ended at 177 for five. England had posted 180 for seven in 20 overs.

India needed 17 runs off the final over and Dhoni admitted it was a tough task.

"In the last over, I missed at least two I could have hit over the boundary, it was a difficult task and one of those days when it didn't go our way. I thought I'm middling it, I have a good chance but it didn't pay off.

Talking about how the team played the one-off match, Dhoni said "Overall I thought the chase was good but we probably gave away too many runs in the latter overs but we bowled well in the middle. Shami is someone who does bowl yorkers but isn't consistent. But 180 was a score we should have got. There were quite a few excellent catches taken and that was the reason we kept them to 180.

India suffered a humiliating 3-1 loss in the five-match Test series before they did a revers in the ODI series.

"Overall it's a good tour for us, we came back strongly in the ODIs," Dhoni added. England captain Eoin Morgan smashed 71 runs off 31 balls and took his team to a formidable score. He however complimented the entire team for the thrilling win.

"Throughout the whole game the guys held their nerve very well," said Morgan.

"We got to a good score and then the bowler's were exceptional."

"There's little margin for error when Dhoni's at the crease but they were great. The short ball suited conditions. We felt the full ball was easy hit. The wicket played pretty well, to get up to 180 was really good.

On his blazing knock, Morgan added: "I have gone through some tough times with the bat and come through them before but it was nice to get a get a few today."

Comments
Topics mentioned in this article
MS Dhoni India Cricket Team Eng vs Ind, 2014 Cricket
Get the latest updates on IND vs NZ 2021, check out the Schedule and Live Score . Like us on Facebook or follow us on Twitter for more sports updates. You can also download the NDTV Cricket app for Android or iOS.