Having suffered a 3-1 defeat in the Test series, the Indians under Mahendra Singh Dhoni found their bearings in the One-dayers, clinching the five-match series 3-1 despite losing Friday's inconsequential final game by 41 runs at Leeds. 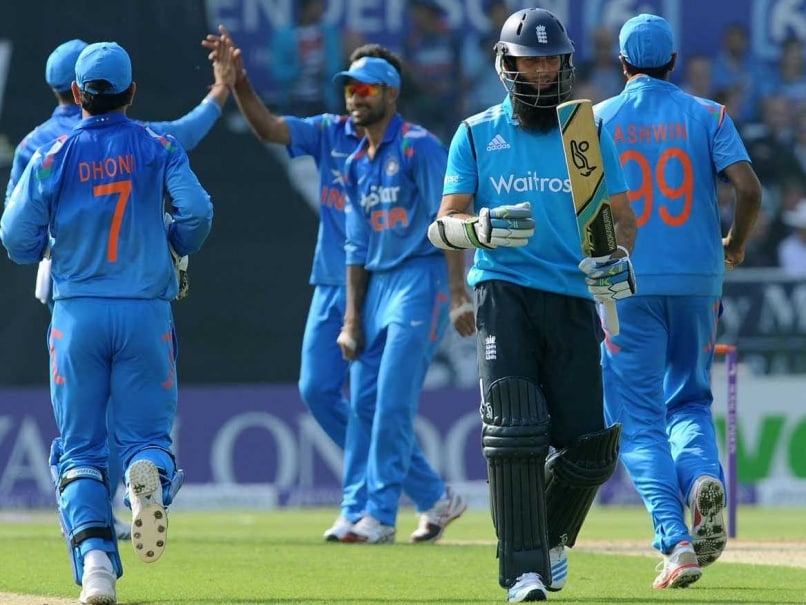 The odd loss in the final ODI notwithstanding, India are expected to hold an edge as the visitors seek to bring the curtains down on what has been a mixed tour with a victory in the only T20 International against England here on Sunday.

Having suffered a 3-1 defeat in the Test series, the Indians found their bearings in the One-dayers, clinching the five-match series 3-1 despite losing Friday's inconsequential final game by 41 runs at Leeds. (India Win ODI Series)

After struggling to get going in the five-day format, the inclusion of fresh legs such as Suresh Raina for the One-day Internationals gave the team the much-needed impetus. (What Next for Team India?)

Young batsmen such as Ajinkya Rahane, Shikhar Dhawan too fared better in the blue jersey though Virat Kohli's woeful run of form remains a major cause for concern for the Indian think-tank.

Considered the mainstay of Indian line-up till recently, Kohli's run of poor scores continued in the shorter format and the batsman would be keen to at least end the tour on a decent note.

Though they flopped in the inconsequential final ODI, both Rahane and Dhawan have had good outings in the penultimate game, with the former notching up a smashing century.

Raina has been good on and off while Ambati Rayudu (53) and Jadeja (87) showed their ability with the willow on the Headingley wicket.

As far as bowling is concerned, the Indians enjoyed greater success in the ODIs, with Mohammad Shami managing to impress even captain Mahendra Singh Dhoni with his effort in the death overs.

Bhuvneshwar Kumar relishes bowling on seaming conditions and would be keen to extract something out of the Edgbaston track. Dhoni has another option in Umesh Yadav though it remains to seen whether the pacer is picked after a lacklustre outing in Leeds.

Left-arm spinner Jadeja can be a handy bowler in the shorter format and he would definitely be a valuable option for the skipper.

And then there is the specialist spinner, offie Ravichandran Ashwin, who surely knows a thing or two about bowling in the slam-bang format.

From England's point of view, Joe Root, who had just scored his ODI ton, will look to continue in similar fashion having got a fair idea of how to handle the Indian attack.

The hosts have named uncapped Surrey batsman Jason Roy in their 14-man squad and it will be interesting to see if he is played or not.

Roy is joined by the recalled Tim Bresnan, Ravi Bopara and James Taylor.

Bresnan has not played in an international side since the defeat to the Netherlands that ended England's miserable World Twenty20 campaign in Bangladesh in March, while Taylor last featured for England 12 months ago in an ODI against Ireland.

With Stuart Broad, England's regular T20 captain, unavailable due to a knee injury, the team will be led by Eoin Morgan.

Comments
Topics mentioned in this article
India Cricket Team England Cricket Team Eng vs Ind, 2014 Cricket MS Dhoni
Get the latest updates on IND vs NZ 2021, check out the Schedule and Live Score . Like us on Facebook or follow us on Twitter for more sports updates. You can also download the NDTV Cricket app for Android or iOS.