India in England 2014: Virat Kohli Says He Doesn't Need to Prove Anything

Indian batting star Virat Kohli is picking up subtle nuances about the 'art of captaincy' from Mahendra Singh Dhoni. 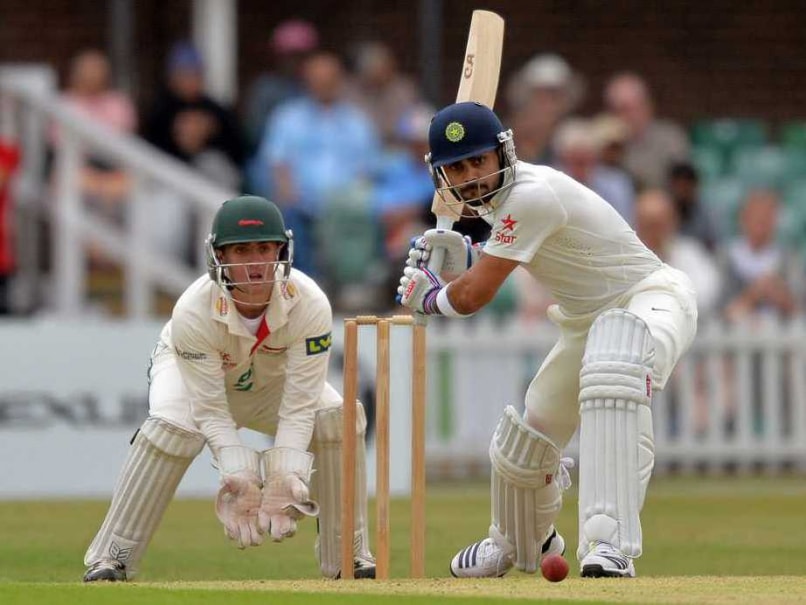 India batsman Virat Kohli batting on the first day of the cricket Tour Match between Leicestershire and India at Grace Road in Leicester, central England on June 26, 2014.© AFP
London:

He has seen success across all three formats during the last few years which has elevated him to the status of the team's 'Numero Uno' batsman but Virat Kohli feels that there comes a point in someone's career when one doesn't feel an urge "to prove anything to others". (Also read: Kohli loses number one spot in ODI rankings)

"Initially, you try to prove it to the critics that you're good enough to play at this level. Now I don't feel the need to prove anything to people. It's not that I believe that I have achieved it all but because I've realised that it is not important to prove anything to others. It's (more) important what I think of my performances and what I expect from myself," Kohli told BCCI.TV on Monday.

Kohli then took a dig at the critics who will be scathing in their analysis if a player has one bad series. "Cricket critics in our country are strange. You may have scored runs everywhere but if you don't do that in one country or series, they start doubting if you're good enough. They did that to the seniors as well during the fag end of their careers."

"If you want someone to do well, you say positive things to and about them and not pull them down saying if they don't prove themselves in certain conditions, they will remain flat-track bullies. I have stopped paying attention to them. When I get out, I'm the first one who feels about it," he added.

Having been Mahendra Singh Dhoni's deputy, Kohli admits to have picked up subtle nuances about the 'art of captaincy'. "Yes, I try to figure out why he (Dhoni) has done a certain thing. I try to see things from his perspective and understand his reasoning behind a decision. For me standing in the field is not just about waiting for the ball to come to me, field it and throw it back," said Kohli.

"For instance, I am standing at long-on, a leg spinner is bowling and the long-off fielder is standing a bit straight, I think why is he not standing wider, why is there a man at point and not at slip?"

"If you can figure out how your captain thinks and why he is doing certain things in the field, you will be able to read what the opposition captain is planning against you as well. It adds so much to your game," he explained.

Asked about his preparations across formats, Kohli replied that a lot of planning goes into Test match batting. "Yes. There is a lot of planning that goes in my Test batting, but ODIs and T20Is are more spontaneous and instinctive. I go in to bat, see the scoreboard, assess the situation and figure out what needs to be done. I don't sit the previous day and think that if this target comes up, I'll bat like this."

"Once you do what your mind tells you to do, you're going to be on the right side of the result. So, it's very important to be confident in what you think and take your partner into confidence as well. There's no pre-planning in the shorter formats, only reacting to the situations as they come," Kohli said.

Comments
Topics mentioned in this article
Eng vs Ind, 2014 Cricket
Get the latest updates on ICC Women's Cricket World Cup 2022 and IPL 2022, check out the Schedule , Live Score and IPL Points Table. Like us on Facebook or follow us on Twitter for more sports updates. You can also download the NDTV Cricket app for Android or iOS.