The fifth and final Test starts at the Oval on Friday. Mahendra Singh Dhoni will become the most-capped India captain against England 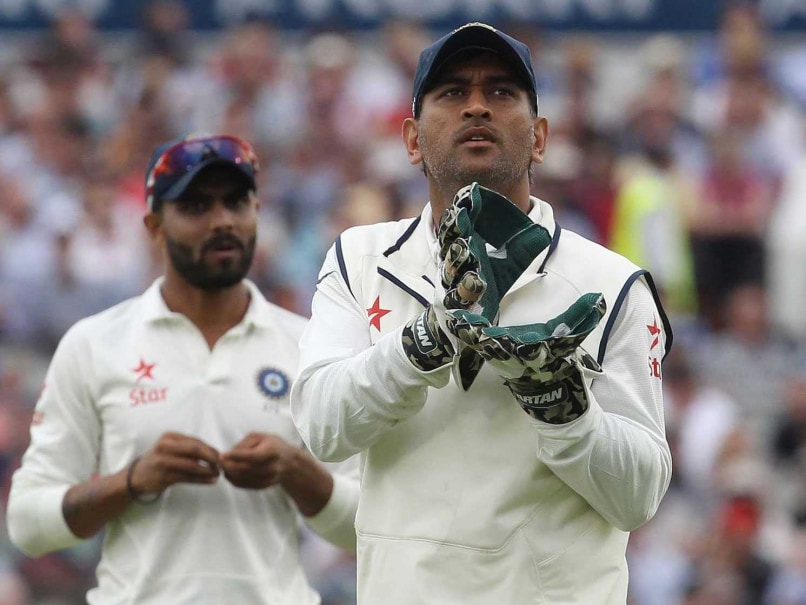 MS Dhoni's captaincy has been under the scanner in this series.© AFP

Dhoni will also share the record with Sourav Ganguly for the record of leading Indian in most away Tests. Ganguly has led in 28 Tests overseas. Dhoni will go past Mohammed Azharuddin, who has captained India in 27 away Tests.

Interestingly, both Gavaskar and Ganguly will be at the Oval commentating on the fifth and final Test at the Oval which India must win to level the series with England. The home team leads 2-1 with wins at Southampton and Manchester.

Dhoni's captaincy has been under the scanner in this series. He has been criticised by former New Zealand skipper Martin Crowe. Dhoni has been labelled as a good ODI skipper but unfit for the five-day game.

Given his amazing success as a ODI captain, the Indian Cricket Board has recommended Dhoni's name for the prestigious Padma Bhushan. Virat Kohli has been recommended for the Padma Shri.

Dhoni, who was awarded the Padma Shri in 2009, will become the 10th cricketer to receive the honour -- the third highest in the country -- if the BCCI's recommendation is accepted by the government of India.

Under Dhoni, India have won two limited overs World Cups, including the 50-over one at home in 2011. Last year, India beat England in a rain-hit final of ICC Champions Trophy at Birmingham.

Comments
Topics mentioned in this article
India Cricket Team England Cricket Team MS Dhoni England vs India 2011 Cricket Eng vs Ind, 2014
Get the latest updates on Fifa Worldcup 2022 and check out  Fifa World Cup Schedule, Stats and Live Cricket Score. Like us on Facebook or follow us on Twitter for more sports updates. You can also download the NDTV Cricket app for Android or iOS.