England vs India, 1st Test: We Need to be Patient to Bowl England Out Twice, Says Bhuvneshwar Kumar

The Trent Bridge pitch has come for some flak from many quarters for its flat nature and Bhuvneshwar Kumar too was of the view that Indian bowlers will have to produce a disciplined performance to make inroads into the English batting line-up. 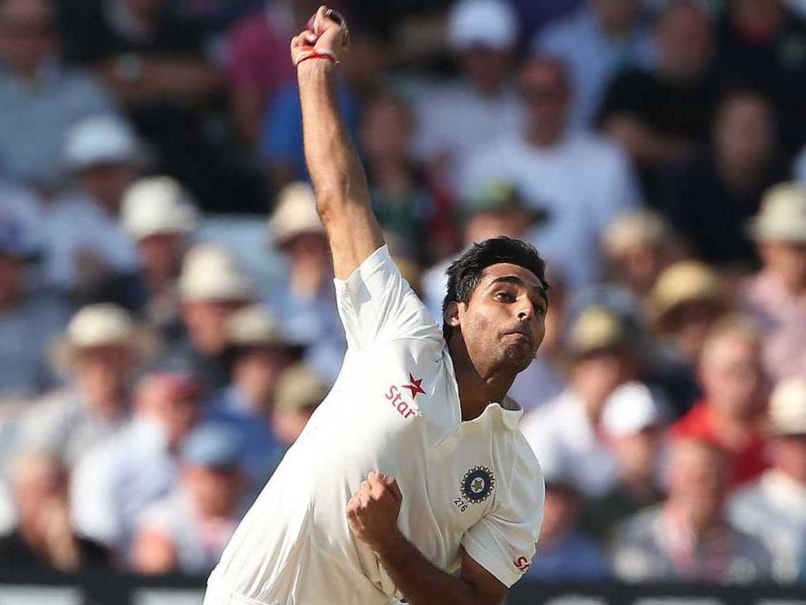 Indian medium-pacer Bhuvneshwar Kumar feels he and his bowling colleagues need to adopt a "patient" approach on a lifeless Trent Bridge wicket if the visitors want to bowl England out twice and win the the first cricket Test here.

The Trent Bridge pitch has come for some flak from many quarters for its flat nature and Bhuvneshwar too was of the view that Indian bowlers will have to produce a disciplined performance to make inroads into the English batting line-up. (Also read: Dhoni Joins August 'India' Club in England)

"We cannot do much about the pitch except be patient. We need to keep bowling wicket-to-wicket and it is more like an Indian pitch. We have enough experience of playing at home so we know what we need to do," Bhuvneshwar said at the press conference after the second day's play on Thursday.

"The pitch might not change too much but it might take some turn later on. We are confident of bowling England out and we have to do that because we want to win this match," he said.

The English bowlers had to toil hard for nearly two days to bowl India out as Bhuvneshwar and Mohammed Shami shared a stunning rearguard 111-run last wicket partnership to frustrate the hosts.

"I don't think England bowled badly. They put enough pressure on us, tried different things and set up different fielding positions. It is the pitch, you need to do different things when it behaves like this. Also, if the last wicket yields a 100-run partnership then the bowlers will get tired and frustrated. So they were doing their bit and we were doing our bit," said Bhuvneshwar who made 58, his maiden Test fifty, to help India reach a commendable 457 in their first innings.

India, however, were in a spot of bother at 346 for nine at one stage before Bhuvneshwar and Shami joined hands to bail the visitors out.

"We didn't talk too much when he (Shami) first came in to bat. I tried to play as many deliveries as possible initially so that he could get set. Later, he started playing his shots and that gave me confidence. It wasn't a tough wicket for batting and we just wanted to bat as long as possible without thinking too much," Bhuvneshwar Kumar.

The Indians had a relatively good day in office as England were 43 for one in reply to India's 457 at stumps on day two. The hosts are still Trailing by 414 runs with three full day's play remaining in the match.

"It was definitely a good day for us but it is not a good wicket for bowling, especially for medium pacers," Bhuvneshwar said.

"We needed at least 400-450 runs in the first innings for a pitch like this and we did that. Now it is time to bowl well," he signed off.

Comments
Topics mentioned in this article
Eng vs Ind, 2014 Bhuvneshwar Kumar Cricket
Get the latest updates on ICC Women's Cricket World Cup 2022 and IPL 2022, check out the Schedule , Live Score and IPL Points Table. Like us on Facebook or follow us on Twitter for more sports updates. You can also download the NDTV Cricket app for Android or iOS.