Rising star Jason Roy was hit on the hand while batting for Surrey against New Zealand A at The Oval and had to be taken to hospital, although an X-ray revealed that he had not broken any bones. 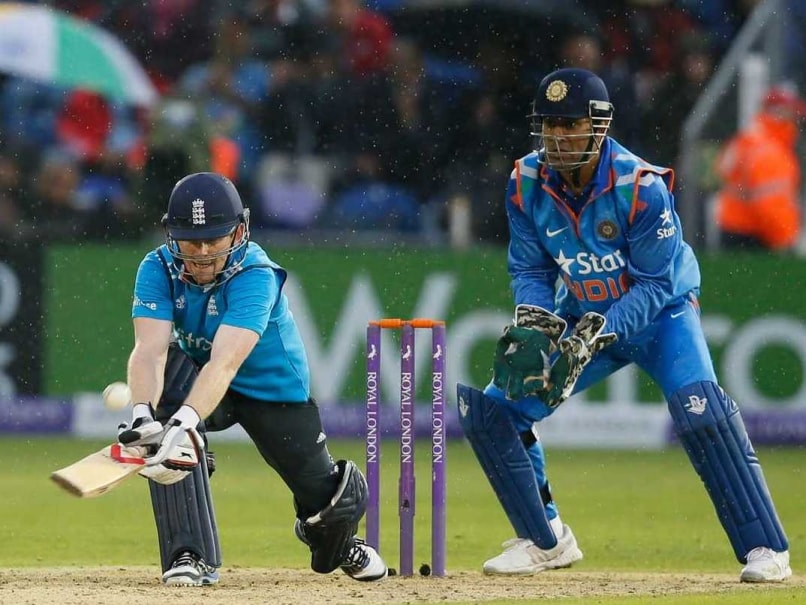 Morgan will lead England's T20 side in the one-off game vs India© AP
Nottingham:

The 24-year-old rising star was hit on the hand while batting for Surrey against New Zealand A at The Oval and had to be taken to hospital, although an X-ray revealed that he had not broken any bones.

"Result of X-Ray on Jason Roy's right thumb is badly bruised but no fracture," Surrey announced on their Twitter page.

However, the bruising may yet be sufficient to force Roy to withdraw from the squad.

Roy was selected for the one-off Twenty20 game after topping the run-charts in this season's domestic competition with 677 runs at an average of 48.35 and a strike rate of nearly 160.

There was further bad news for England when it emerged that experienced seamer Tim Bresnan had sat out Lancashire's match against Yorkshire at Old Trafford due to a pectoral injury.

Roy and Bresnan were two of only four players named in England's squad who are not currently involved in the ongoing one-day series with India, with all-rounder Ravi Bopara and Nottinghamshire batsman James Taylor the others.

Eoin Morgan will captain England in the injury-enforced absence of regular T20 skipper Stuart Broad, who is about to undergo knee surgery.

Former Ireland batsman Morgan also led England in their previous T20 international, a nine-run defeat by Sri Lanka at The Oval in May.

Michael Carberry and Ian Bell, who played in that match, have both been dropped in favour of Roy and Taylor.

Taylor has not played for England since their ODI win over Ireland in Dublin in September last year, with double Ashes-winner Bresnan's most recent international appearance the humiliating defeat by the Netherlands at the World Twenty20 in Chittagong five months ago.

England national selector James Whittaker said: "This one-off Twenty20 provides us with an opportunity to look at players who have impressed recently in domestic cricket and gives them a chance to test themselves on the international stage against high-quality opposition.

"I would like to wish Eoin Morgan and his squad all the very best against a strong Indian side."

Taylor's availability will depend upon Nottinghamshire's One-Day Cup semi-final away to Durham on Saturday, September 6, being completed without the need for a reserve day.

India lead the five-match ODI series 2-0 after their six-wicket win at Trent Bridge on Saturday.

The ODI campaign continues at Edgbaston on Tuesday before finishing at Headingley on Friday.

Comments
Topics mentioned in this article
England Cricket Team India Cricket Team Eng vs Ind, 2014 Tim Bresnan Cricket
Get the latest updates on Fifa Worldcup 2022 and check out  Fifa World Cup Schedule, Stats and Live Cricket Score. Like us on Facebook or follow us on Twitter for more sports updates. You can also download the NDTV Cricket app for Android or iOS.