Brendan Taylor led Zimbabwe to 333 for five from their 50 overs with his ninth ODI hundred. 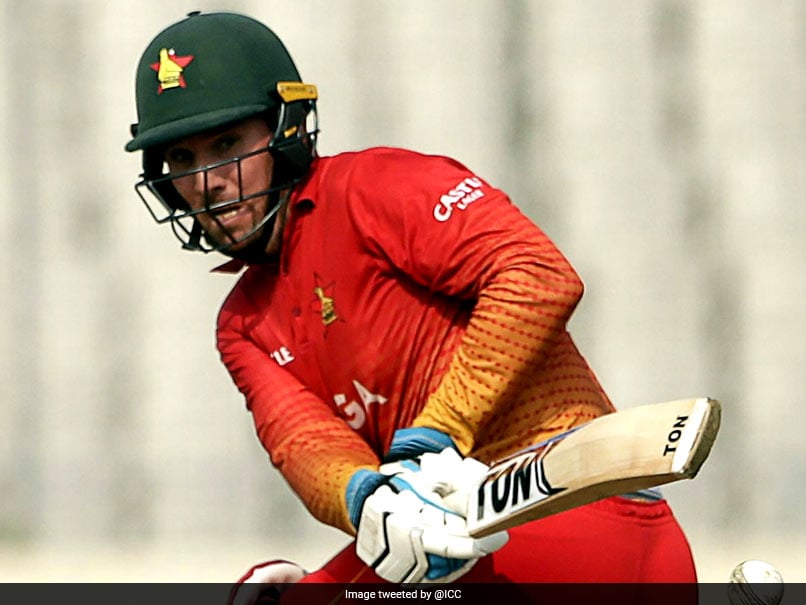 Brendan Taylor starred with the bat for Zimbabwe in the 2nd ODI vs Afghanistan.© Twitter

Brendan Taylor scored a majestic 125 as Zimbabwe thrashed Afghanistan by 154 runs in the second one-day international at Sharjah on Sunday to level the five-match series. Wicketkeeper Taylor led Zimbabwe to 333 for five from their 50 overs with his ninth ODI hundred, before Graeme Cremer took 4 for 41 with his leg-spin as Afghanistan slumped to 89 for seven on their way to 179 all out. Both teams are warming up for the 2019 World Cup qualifying tournament in Zimbabwe next month. Wicketkeeper Taylor put on 135 for the fourth wicket with Sikandar Raza before being bowled by Afghan star Rashid Khan.

The 19-year-old leg-spinner returned figures of 2 for 36 from his 10 overs, but the Afghanistan seamers took the brunt of Taylor and Raza's hitting, with Dawlat Zadran and Gulbadin Naib conceding 181 runs from 17 overs between them.

All-rounder Raza's 92 came from 74 balls with 13 boundaries including four sixes.

The Afghanistan chase never got going, with the dangerous Mohammad Shahzad dismissed for just 15 as they slipped to 39 for 5.

Dawlat Zadran put on 64 for the final wicket with 16-year-old Mujeeb Ur Rahman, hitting six towering maximums, but Zimbabwe wrapped up victory by the same margin as Afghanistan had won the opening game on Friday.

The two sides play three more ODIs in the UAE before meeting again in Group B of World Cup qualifying on March 6.

Comments
Topics mentioned in this article
Afghanistan Zimbabwe Cricket Team Brendan Taylor Graeme Cremer Cricket
Get the latest updates on ICC Women's Cricket World Cup 2022 and IPL 2022, check out the Schedule , Live Score and IPL Points Table. Like us on Facebook or follow us on Twitter for more sports updates. You can also download the NDTV Cricket app for Android or iOS.