Streak was appointed the Kolkata Knight Riders bowling coach for this year's edition of the IPL. 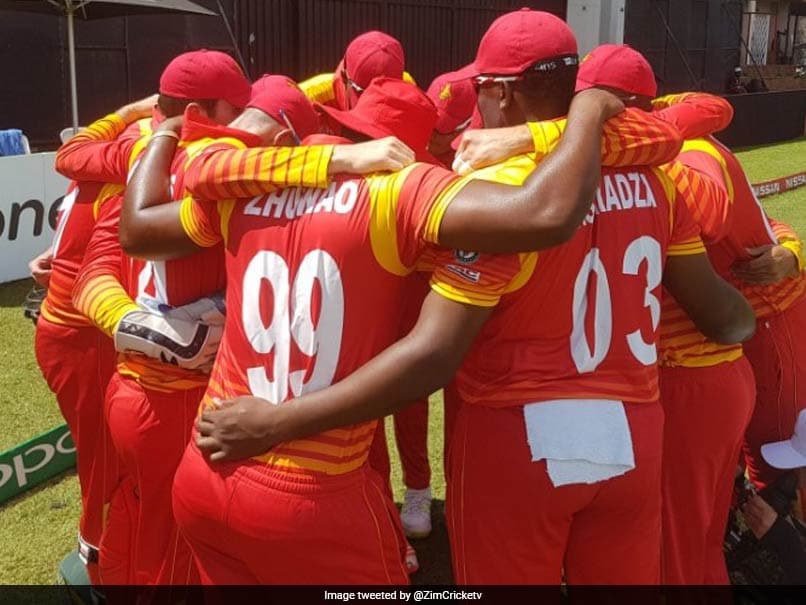 It will be the first time Zimbabwe will not be playing in the Cricket World Cup since 1983.© Twitter

Zimbabwe Cricket have sacked their entire coaching staff as the team failed to qualify for the 2019 ICC World Cup following an unsuccessful World Cup qualifier campaign at home. Captain Graeme Cremer was also asked to step down with reports suggesting that Brendan Taylor will take over leadership of the team. In an email sent to Streak on Thursday evening, Zimbabwe Cricket MD Faisal Hasnain wrote, "Further to our discussions, please give your technical staff (and yourself included) until 3pm tomorrow to formally resign. After which time the technical team can consider themselves dismissed and relieved of their duties with immediate effect."

Streak was appointed the Kolkata Knight Riders bowling coach for this year's edition of the IPL.

It will be the first time Zimbabwe will not be playing in the Cricket World Cup since 1983, a development that has raised alarm in the African country, with fear rife that the game will go downhill.

With 2019 ICC event restricted to 10 teams, only two qualification places were available. In the Super Six match of the Cricket World Cup Qualifiers, Zimbabwe needed a win against UAE to qualify, but lost the match by three runs.

West Indies and Afghanistan won the two qualification places and will participate in the 2019 event in England.

Comments
Topics mentioned in this article
Zimbabwe Cricket Team Heath Streak Graeme Cremer Cricket
Get the latest updates on ICC Women's Cricket World Cup 2022 and IPL 2022, check out the Schedule , Live Score and IPL Points Table. Like us on Facebook or follow us on Twitter for more sports updates. You can also download the NDTV Cricket app for Android or iOS.