Zimbabwe's Brian Vitori was suspended on Thursday after the ICC adjudged that the fast bowler uses an illegal action, just months after resuming his career. 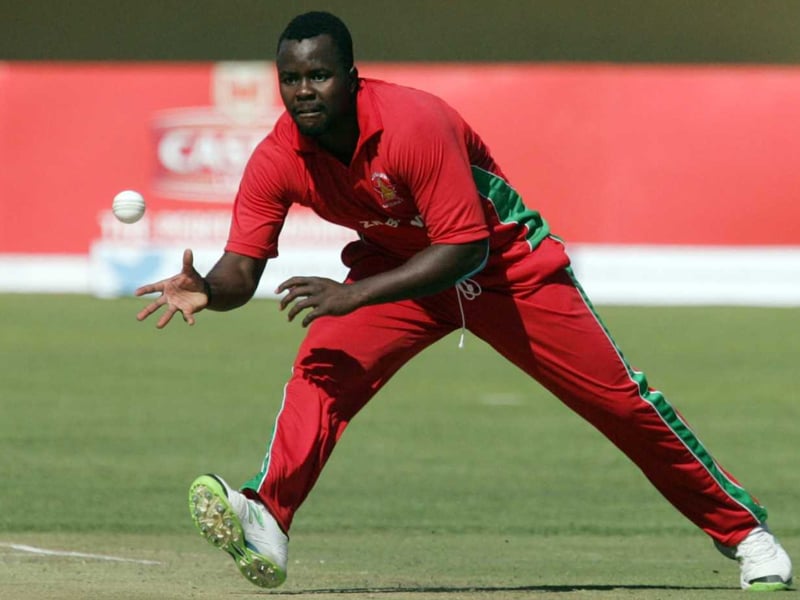 Vitori was reported by the match officials following his side's match against Nepal on Sunday.© AFP

Zimbabwe's Brian Vitori was suspended from bowling in international cricket with immediate effect after the Event Panel of the ICC Cricket World Cup Qualifier 2018 confirmed that the left-arm fast bowler uses an illegal bowling action. Vitori, a 28-year-old left-arm fast bowler, was reported by the match officials following his side's match against Nepal on Sunday.

"As per Article 3.6.2 of the ICC Illegal Bowling Regulations, Vitori's bowling action was filmed in the next match he played after being reported, which was against Afghanistan on Tuesday, and the video footage of his bowling spells were provided to the Event Panel of Helen Bayne and Mark King, who are both members of the ICC Panel of Human Movement Specialists, for analysis and assessment," ICC said in a statement.

"Following its review, the Event Panel concluded that Vitori employs an illegal bowling action, and, as such, in accordance with Article 6.5 of the regulations, he has been immediately suspended from bowling in international cricket," the release said.

Ngarava is a left-arm fast bowler and a lower-order batsman, who has played in six ODIs, taking eight wickets and scoring 12 runs. His last ODI for Zimbabwe was against Scotland in Edinburgh in June 2017.

Comments
Topics mentioned in this article
Zimbabwe Cricket Team Brian Vitori Cricket
Get the latest updates on ICC T20 Worldcup 2022, check out the Schedule and Live Score. Like us on Facebook or follow us on Twitter for more sports updates. You can also download the NDTV Cricket app for Android or iOS.