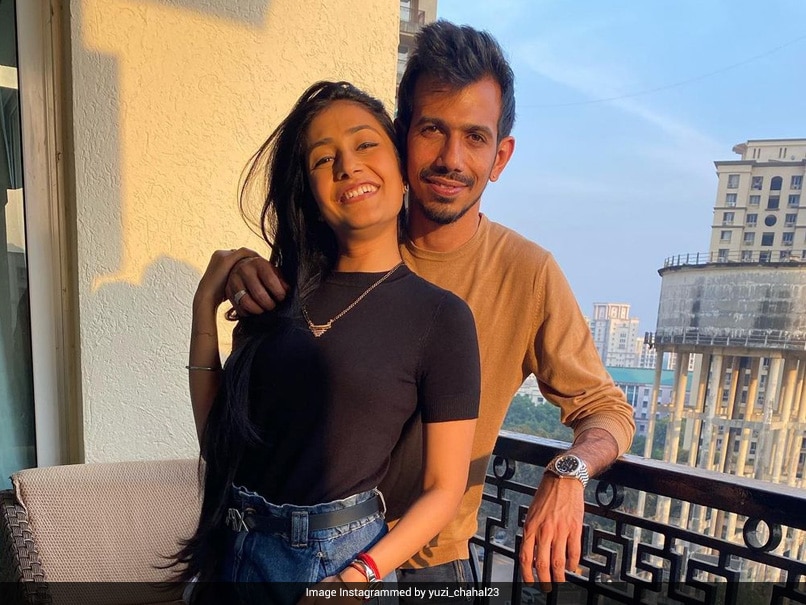 India cricketer Yuzvendra Chahal and his wife Dhanashree Verma are known for their lovey-dovey posts on social media. On Tuesday, Chahal won over the Internet by wishing Dhanashree on their six-month wedding anniversary. The cricketer shared a photograph of them on Instagram with a sweet caption. "Happy 6 months wifey #loveyou," the Royal Challengers Bangalore (RCB) spinner captioned the photo. In the snap, Dhanashree, a choreographer turned social media influencer, was looking breath-taking in blue jeans and a black top. Chahal also looked dazzling in a mustard colour t-shirt and blue denims.

Cricket enthusiasts and fans of the Indian spinner also wished the duo on the completion of their six-month anniversary. The post garnered over 3 lakh likes on the photo and video sharing application.

"And I love you two," wrote another user with a heart emoji.

Some of the other comments ranged from "cuteessss" to "nice couple", with numerous heart and fire emojis interspersed in between.

The duo got married last year in December in a close-knit affair. Following their wedding, Dhanashree was often seen in the stands cheering for her hubby. She also accompanied Chahal during the first leg of the 14th edition of the Indian Premier League (IPL 2021).

Chahal, who played his last competitive match on April 30 for RCB against the Punjab Kings (PBKS), is set to return to professional cricket next month during India's tour of Sri Lanka.

A new look Team India under the captaincy of Shikhar Dhawan will face Sri Lanka for a three-match ODI series and as many T20Is. The event will kick off on July 13.

Chahal had a disappointing season with RCB, picking up just four wickets in seven games. And India's Sri Lanka tour is a perfect opportunity for him to leave an impression on the national selectors ahead of the ICC Men's T20 World Cup, which is slated to be held later this year.