'Proof He Can Do anything': RCB Share Video of AB de Villiers Singing at Father's Birthday

To fans' disappointment, the Cricket South Africa last month issued a statement, saying that former captain AB de Villiers had decided not to return to the national squad. 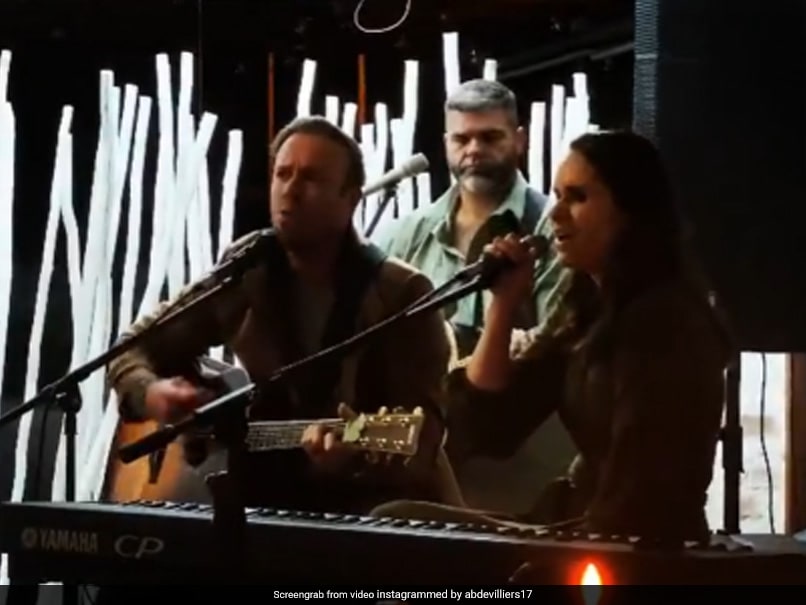 If there's one person who is capable of pulling off just anything on this planet, it has got to be former South Africa captain AB de Villiers. His talent is not limited to just sports. You might have already heard or read that De Villiers played tennis, rugby, badminton, football and hockey alongside cricket while growing up, but did you know that he could play the guitar and sing as well? No, right? Well, here's the proof that the man can just do anything.

Royal Challengers Bangalore (RCB), the franchise De Villiers plays for in the Indian Premier League (IPL), on Wednesday shared a video of the 37-year-old with a guitar, performing at the birthday party of his father who recently turned 70.

Accompanying him in the performance was his wife Danielle, who sang just as beautifully as her husband.

"Proof that he literally can do anything," RCB captioned the post, before reposting De Villiers' message. The right-handed attacking batsman said that May 29 was his father's 70th birthday and he had the privilege of performing one of his favourite songs with his wife.

"We all interpret songs in our own unique way, this song has a particularly special meaning to me and reminds me that God is always there, no matter what happens," he said.

De Villiers added that while singing when he looked across the room to his dad, it reminded him how lucky he had been to have had him by his side as a role model for so many years.

"Thanks, Anton Botha for your time and effort. Your incredible set after our performance completed a very special evening," he concluded his post.

Following a great run in IPL 2021, which had to be suspended due to a breach in the bio bubble, De Villiers had said that he was in talks with the South African Cricket for a potential return to international cricket, which he had quit back in 2018.

However, to fans' disappointment, the board last month issued a statement saying the former Proteas captain had decided not to return to the national squad.

"Discussions with AB de Villiers have concluded with the batsman deciding once and for all that his retirement will remain final," Cricket South Africa said in its statement.

The right-handed attacking batsman will, however, continue to play franchise cricket.

AB de Villiers Cricket IPL 2021
Get the latest updates on ICC T20 Worldcup 2022, check out the Schedule and Live Score. Like us on Facebook or follow us on Twitter for more sports updates. You can also download the NDTV Cricket app for Android or iOS.