Yuzvendra Chahal recently got married to Dhanashree Verma, and has been taking to social media regularly to keep his fans well-updated about the wedding rituals. 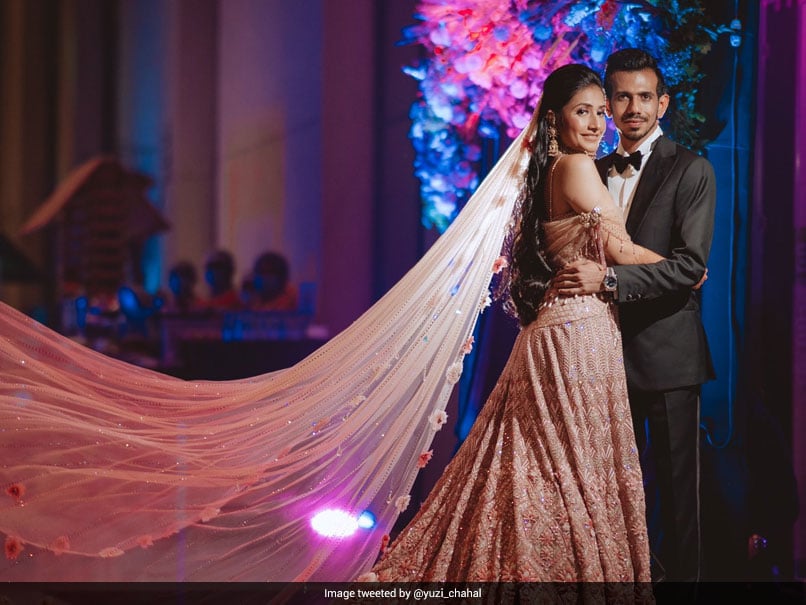 India leg-spinner Yuzvendra Chahal, who recently got married to Dhanashree Verma, has been posting pictures from his wedding ceremonies. On Saturday, the Indian cricketer posted some a couple of loved-up photos with wife Dhanashree Verma from their Sangeet ceremony. Chahal and Dhanashree got married on December 22 and since then both have been posting pictures from their various wedding rituals. "Meet my queen Sangeet day #DhanaSaidYuz," Chaha captioned the pictures on Twitter. Chahal was last seen in action playing in the limited-overs series against Australia.

The post became an instant hit on the micro-blogging site with fans praising the chemistry between the couple.

Chahal got engaged to Dhanashree in August this year. She also travelled to United Arab Emirates (UAE), where the Royal Challengers Bangalore (RCB) cricketer played in the Indian Premier League (IPL) 2020.

The adorable couple have also been very active on social media since making their relationship public.

Chahal was part of India's ODI and T20I teams against Australia. The visitors lost the ODI series, but came back strongly to win the T20I series.

The leg-spinner featured in five out of six games on the Australian tour. In the first T20I, he came on a concussion substitute, replacing Ravindra Jadeja, and bowled a match-winning spell, for which he earned the Player of the Match award.

India are currently facing Australia in a four-match Test series. The visitors lost the first Test in Adelaide by eight wickets, while the second Test match began on December 26 in Melbourne.

Yuzvendra Chahal Australia vs India 2020-21 Cricket
Get the latest updates on ICC Women's Cricket World Cup 2022 and IPL 2022, check out the Schedule , Live Score and IPL Points Table. Like us on Facebook or follow us on Twitter for more sports updates. You can also download the NDTV Cricket app for Android or iOS.