Kuldeep Yadav recently attained a career-best rank of No. 2 in T20 International ranking for bowlers. 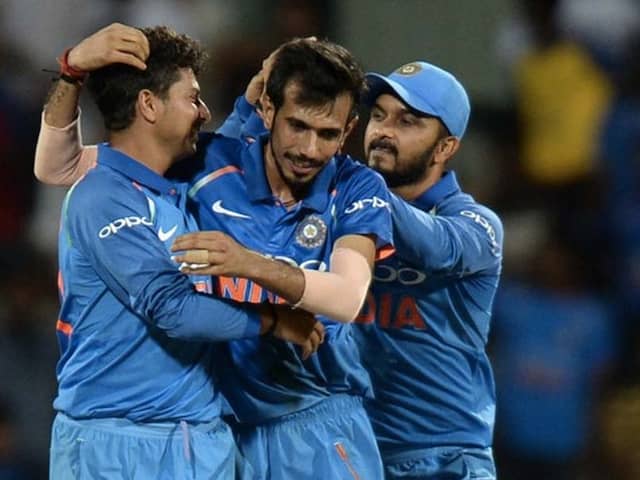 Kuldeep Yadav recently attained a career-best rank of No. 2 in T20I ranking for bowlers.© AFP

After a long and gruelling tour, time to head back home with loads of happy memories to cherish pic.twitter.com/tvMUL1hZfO

India recently completed a long tour of Australia and New Zealand where they registered convincing wins. In Australia, Virat Kohli's men remained unbeaten in all the three formats as the T20I series ended 1-1 after a washout at the MCG.

Following the T20Is, India defeated the hosts in a historic Test series, winning it 2-1. This was India's first-ever Test series win in Australian soil in 70 years. Virat Kohli not only became the first Indian captain but also the first Asian captain to win a Test series Down Under.

Continuing the dominance, India also won the ODI series 2-1 where veteran wicket-keeper batsman Mahendra Singh Dhoni was the top run-getter for India and was adjudged player of the series. India registered their first bilateral series win in Australia.

Following the successful tour of Australia, India expected a stiff test from Australia's trans-Tasman rivals New Zealand. However, Kane Williamson's side were outplayed by Virat Kohli's men as India registered a convincing 4-1 win in the ODI series.

But New Zealand outclassed India 2-1 in the T20Is as India sans Virat Kohli and Jasprit Bumrah (both rested) lost a hard-fought third T20I by four runs.

India host Australia in an upcoming two-match T20I series that commences on February 24 in Vishakhapatnam. Following the T20Is, India will also play a five-match ODI series that begins on March 2 in Hyderabad.